IncRNA for Gene Silencing in Plants

This is a review of lncRNA research in plants, which mainly describes the IncRNA regulation mechanism in siRNA mediated transcriptional gene silencing. There are two main ways: first, as siRNA precursor; second, activation of Long non-coding RNA transcription can help siRNA identify its target sites, which is involved in siRNA mediated DNA methylation. In addition, this article also shows that, in the special phenomenon of plants, the II polymerase transcription is formed by mRNA, while the IV type and V type polymerase (plant-specific) transcript to form lncRNA. In plants, IV and V polymerase subunits can be used for mutation in order to study the function of lncRNA.

Plants have two specific RNA polymerase, Pol IV and Pol V, and they are transcribed to produce two types of lncRNA. Pol IV generates siR precursor (a). First, under the action of SSH1 and CLSY1, the Pol IV identifies promoter sequence and transcribes to form lncRNAs, and then, in the role of RDR2, single strand transcription products are converted into double strand, and under the action of DCL3, siRNA is formed. Pol V forms scaffold (b) and transcribes to lncRNA. Under the regulation of RDD complex, transcription and RNA binding proteins (AGO4-siRNA complex, SPT5L and IDN2 complexes) interact with DM2, which leads to DNA methylation and inhibits the identification of II polymerase, and gene silencing in the end. In addition to these two types of polymerase which produce lncRNA, II polymerase may also produce lncRNA. 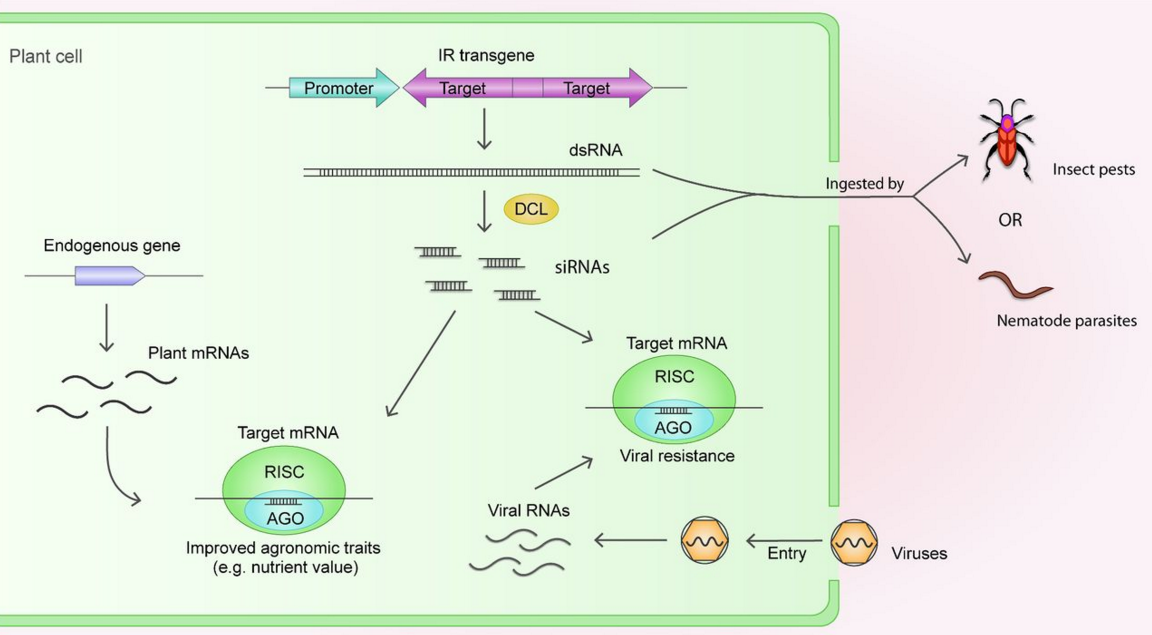