The genetic relationship of wild-type and domesticated populations was inferred through genetic analysis of the two populations, then key genes related to important economics traits were identified, which provided good guidance for the agricultural breeding of animals and plants

The genes selected in the adaptive evolution process can be unearthed through the research of populations from different geographical areas, then providing environmental adaptive genetic resources for breeding work.

By analyzing the possible origin of the species and genetic variation information of the population in each distribution area, the evolution process of the species can be explored. 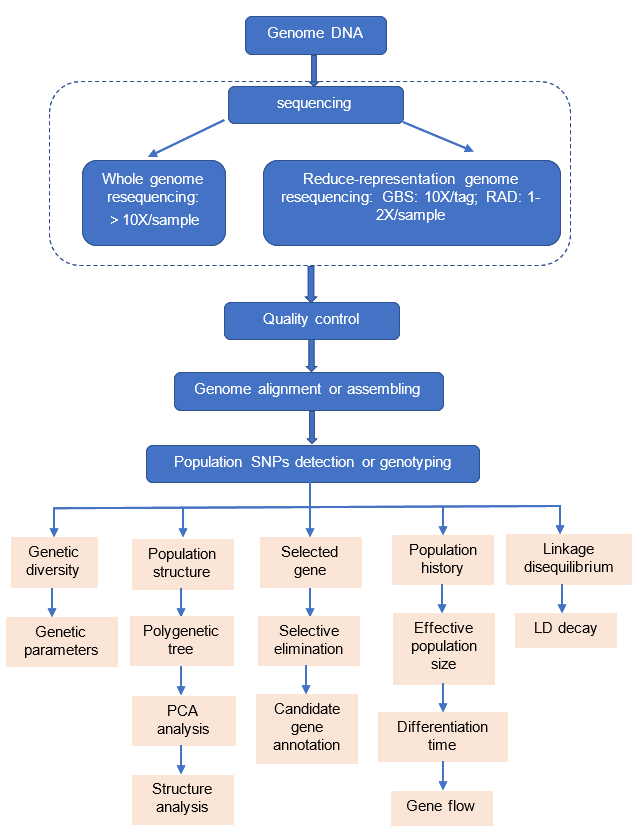