The Introduction of ChIP-Seq

ChIP-Seq (chromatin immunoprecipitation sequencing), which refers to the binding site analysis, is a way to analyze DNA-protein interactions. The technique combines chromatin immunoprecipitation (ChIP) with NGS to identify where the DNA binds to the associated proteins. It can be used to pinpoint the binding sites of any interested protein throughout the genome. ChIP-seq is often used to determine how transcription factors and other chromatin-related proteins affect phenotypic mechanisms. Determining how proteins interact with DNA to regulate gene expression is essential to fully understand many biological processes and disease states. ChIP-Seq is a valuable tool for discerning and quantifying the specific DNA sequences where proteins bind or epigenetic modifications exist, it has played valuable roles in applications include studies on gene regulation, transcription complex assembly, DNA repair, histone modification, developmental mechanisms, disease progression and modifications.

ChIP-Seq Workflow
A typical ChIP-Seq workflow is shown as follow: 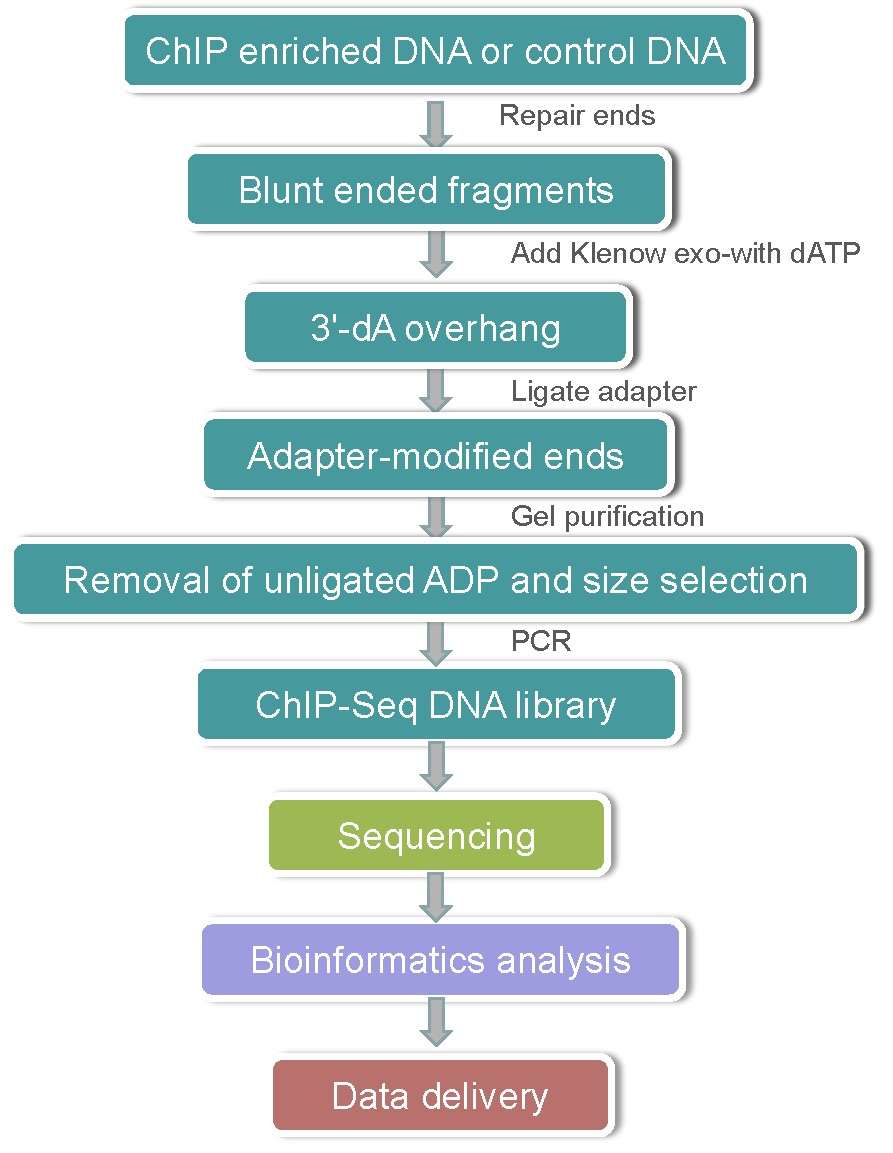 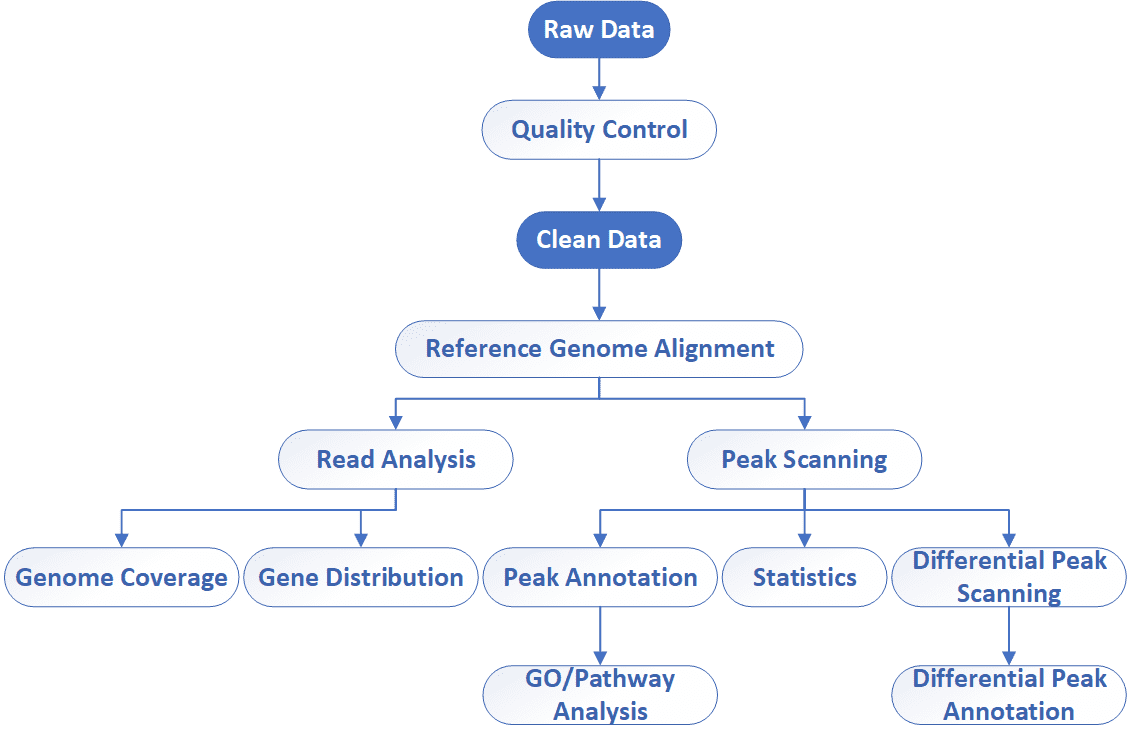 At CD Genomics, we provide you with high-quality sequencing and comprehensive bioinformatics analysis for your ChIP-Seq project, enabling accurately screen and determine the protein binding sites in the whole genome. If you have additional requirements or questions, please feel free to contact us.

1. What are the advantages of ChIP-Seq compared to ChIP-chip?

2. What is the difference between sonication- and enzymatic-based chromatin fragmentation?

Either sonication or enzymatic digestion can be used to generate the appropriate lengths of chromatin. Sonication is a traditional method used for fragmenting chromatin, it uses acoustic energy to forcefully shear the chromatin. Sonicated chromatin works very well for performing ChIP to assess histones and histone modifications, however, over-sonication can damage the chromatin and displace bound transcription factors and cofactors. Therefore, sonication typically needs optimization. Enzymatic digestion uses micrococcal nuclease to cut the linker region between nucleosomes. It gently fragments the chromatin and preserves the integrity of chromatin and bound proteins. So it’s more suitable for performing ChIP to assess transcription factors and cofactors that are less abundant and interact with DNA less stable. In addition, enzymatic digestion provides better reproducibility between experiments. But over-digestion may lead to a loss of nucleosome-free regions.

3. Will high-resolution be guaranteed as long as high-throughput sequencing is used?

High throughput sequencing has greatly improved the resolution of ChIP detection, but it is not the only determinant of high resolution. After immunoenrichment, the length of fragments interrupted by chromatin also affects resolution.

4. What are the factors that lead to a higher false positive for ChIP-seq?

DNA fragmentation methods, heterogeneity of chromatin openness, PCR amplification bias, genome duplication, and errors in sequencing and sequence alignments lead to false positive. After sequencing, the sequences are compared to the known genome and identified the true binding sites (peaks). For transcription factors, look for the downstream regulatory gene (target gene) corresponding to the "peak" or construct a conserved binding sequence for the transcription factor binding site. If the motif of the transcription factor is known, calculate the percentage of the motif sequence in the "peak" sequence, and the reliability of the experimental results can be estimated.

Membranous nephropathy (MN), characterized by the presence of diffuse thickening of the glomerular basement membrane and subepithelial in situ immune complex disposition, is the most common cause of idiopathic nephrotic syndrome in adults, with an incidence of 5-10 per million per year. A number of studies have confirmed the relevance of several experimental insights to the pathogenesis of human MN, but the specific biomarkers of MN have not been fully elucidated. 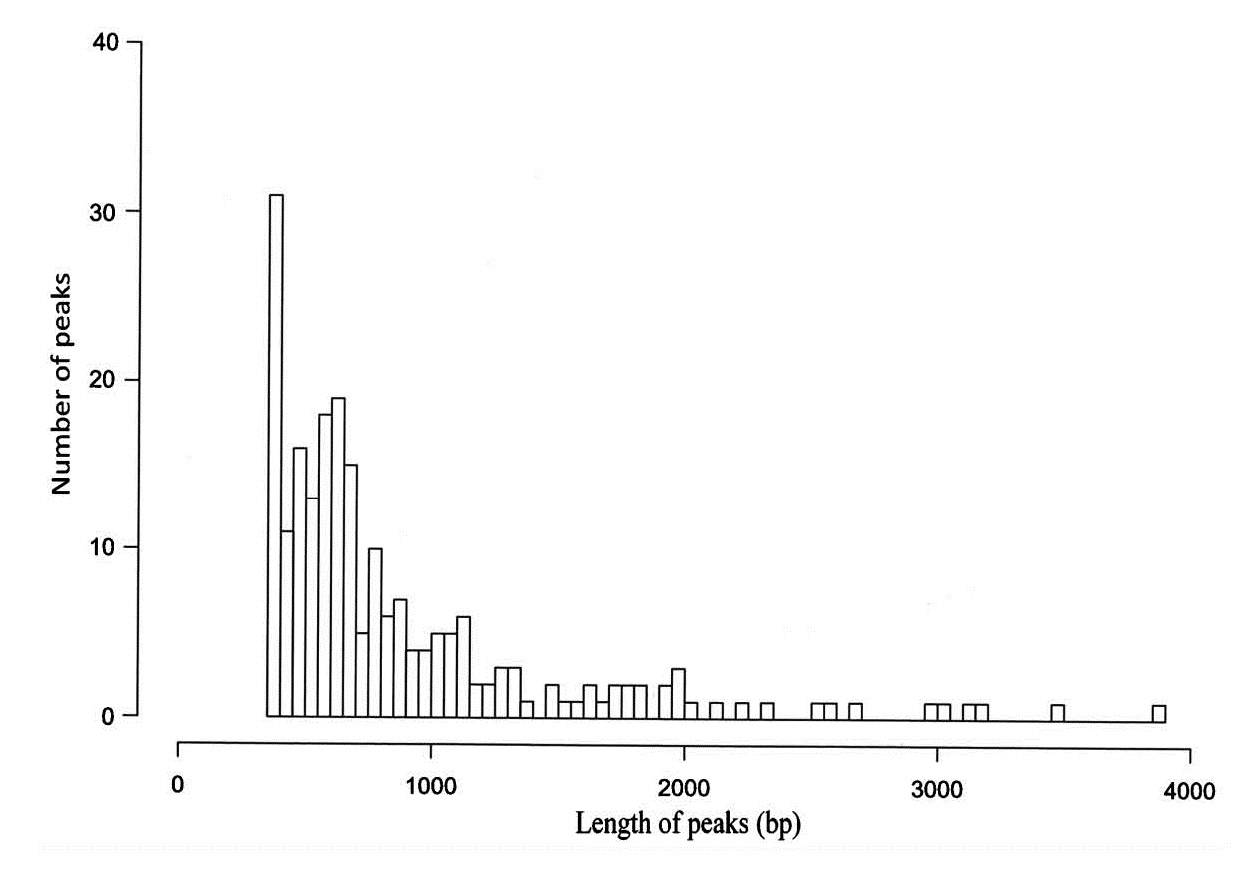 Table 2. Basic information of motif of H3K9me3 from patients with membranous nephropathy. 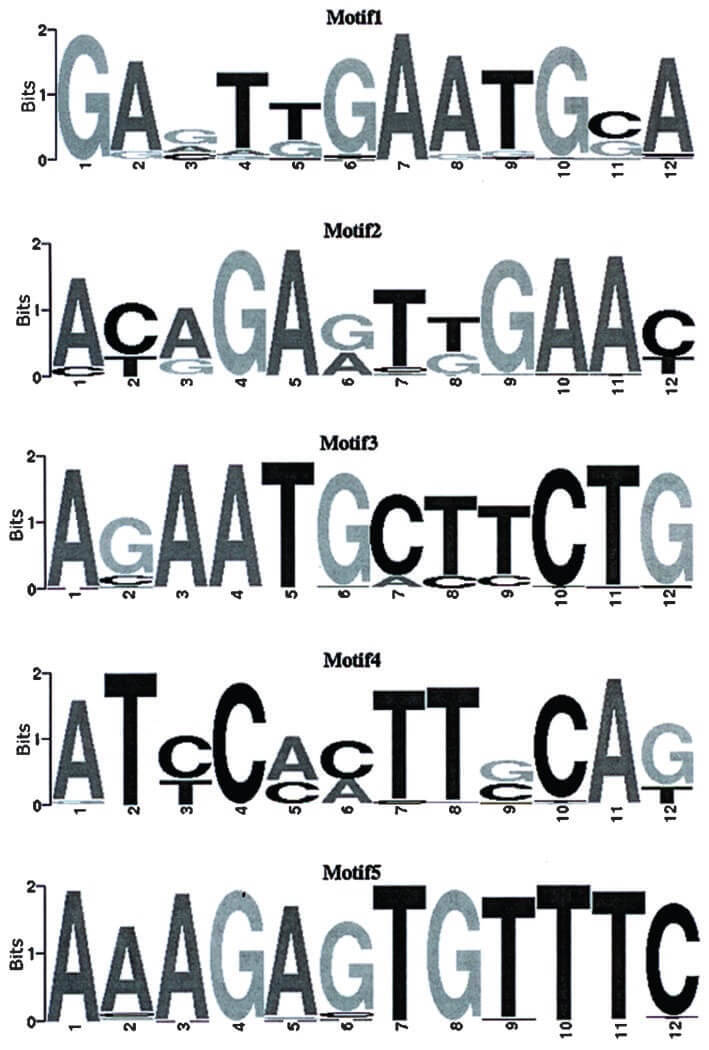 Figure 4. ChIP-seq motif logo. The lateral axis indicates locus of motif. The total height of the vertical axis reflects the conservation of the motif. The height of each base represents probability of the base.

In summary, the authors think these results may be candidates to help explain pathogenesis in MN patients. Such novel findings show that H3K9me3 may be a potential biomarker or promising target for epigenetic-based MN therapies.

ChIP-Seq: A Versatile Tool for Epigenomics

Pipeline and Tools for ChIP-Seq Analysis

The Advantages and Workflow of ChIP-seq