The Introduction of MeDIP Sequencing

DNA methylation refers to the postreplicative maintenance or de novo addition of a methyl group to the carbon-5 position of the cytosine pyrimidine ring by DNA methyltransferases. In mammals, DNA methylation often occurs in CG (mCG) and non-CG (mCHG or mCHH, referred to as mC) contexts. mCG accounts for about 60-80% of total CG dinucleotides. Variants were recently discovered, including 5-hyfroxymethylcytosine (hmC), 5-formylcytosine, and 5-carboxylcytosin. Although structurally similar to mC, hmC is much less abundant and is formed by the TET family of dioxygenase enzyme. Studies suggest DNA methylation plays an important part in embryonic development, gene regulation, and disease genesis including carcinogenesis. Comprehensive genome-wide DNA methylation and hydroxymethylation studies provide a way to thoroughly understand normal development and to identify potential epigenetic mutations.

MeDIP-seq combines methylated DNA immunoprecipitation with the next-generation sequencing for epigenetic studies at genome-wide level or any given regions of interest. MeDIP is capable of detecting methylated cytosines in mC and mCG contexts, and possibly hmC, 5-formylcytosine, and 5-carboxylcytosine as well. It uses anti-5-methylcytosine antibodies coupled to magnetic beads to select for genomic fragments that are methylated. These fragments are then sequenced and the coverage of these reads can be used to estimate the methylation level of the region that they map to. The 5-hydroxymethylcytosine (hmC) can also be detected genome-wide by using a hydroxymethylated DNA immunoprecipitation (hMeDIP) procedure with a 5hmC-specific antibody. MeDIP-seq neither introduces any mutations nor requires uracil-tolerant DNA polymerase. MeDIP-seq technology is feasible to profile genome-wide DNA methylation in low amounts of DNA samples with the resolution of several hundred base pairs in minimal selection bias and at a competitive cost.

The general workflow for MeDIP sequencing is outlined below. Briefly, the extracted DNA is fragmented, denatured, ligated with adaptor and captured using the antibody directed against 5 methylcytosine. The enriched methylated DNA is then amplified with PCR, size-selected, and sequenced on Illumina sequencing instrument. 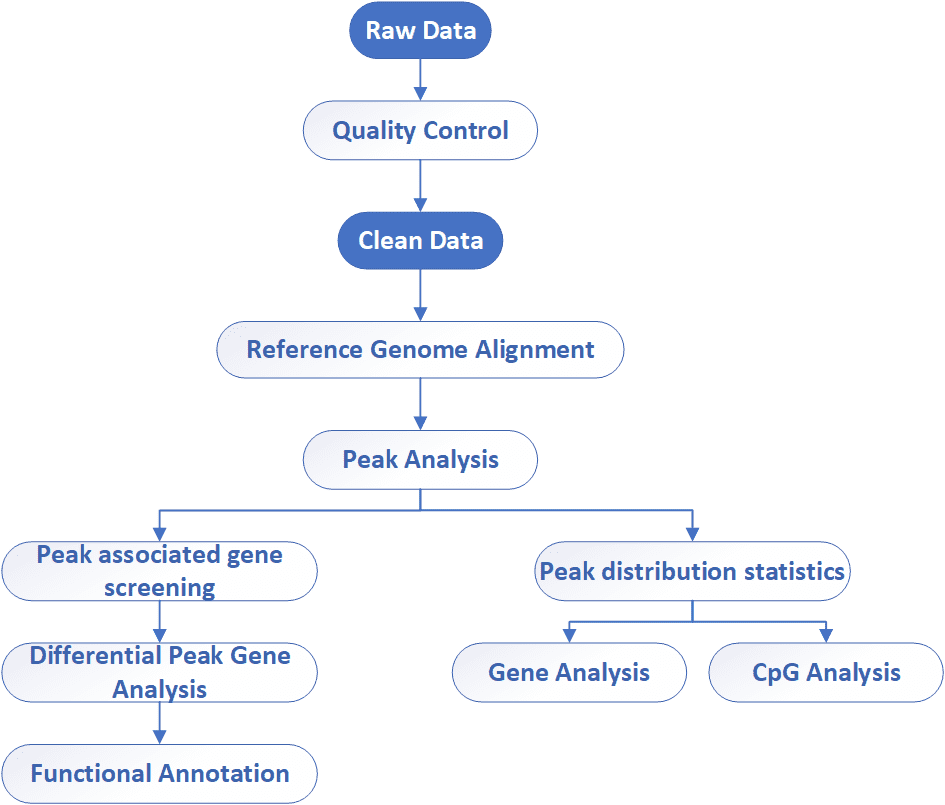 With professional bioinformatics capability, CD Genomics offers high-quality MeDIP-Seq as an end-to-end, genome-wide epigenetic service to identify differentially methylated regions, and ultimately help to expedite epigenetic research. If you have additional requirements or questions, please feel free to contact us.

1. Compared with other methods, what are the advantages of MeDIP sequencing?

Besides MeDIP sequencing, enrichment-based technologies also include MBD-seq, which uses the methyl-binding protiens MBD2 and MDB3L1, and methylCap-seq that use methyl-binding domain of MECP2 for methyl capture. But MBD-seq and methylCap-seq are restricted to the analysis of mCG and whole-genome protocols often require high concentrations of genomic DNA (more than 1,000 ng). Therefore, MeDIP is a versatile, accurate, and costly method with a low input DNA requirement and is applicable to a wide range of samples and studies.

2. What are the requirements for MeDIP sequencing samples?

3. What factors can affect the results of MeDIP-seq?

Every process involved in MeDIP-seq may affect the results, especially the immunoprecipitation and PCR. Immunoprecipitation is the process to enrich methylated regions, and reaction conditions may influence the enrichment results. If insufficient DNA is recycled, PCR is used to scale it up, which can biase results. Furthermore, contamination should be avoided throughout the whole course.

The authors profiled the methylome of the mouse prostate (TRAMP) cancer model and to analyze the crosstalk among targeted genes and the related functional pathway. By utilizing MeDIP sequencing, they analyzed DNA methylation profiles and performed relevant informatics analyses, which could provide strategies for prevention and treatment approaches for prostate cancer. 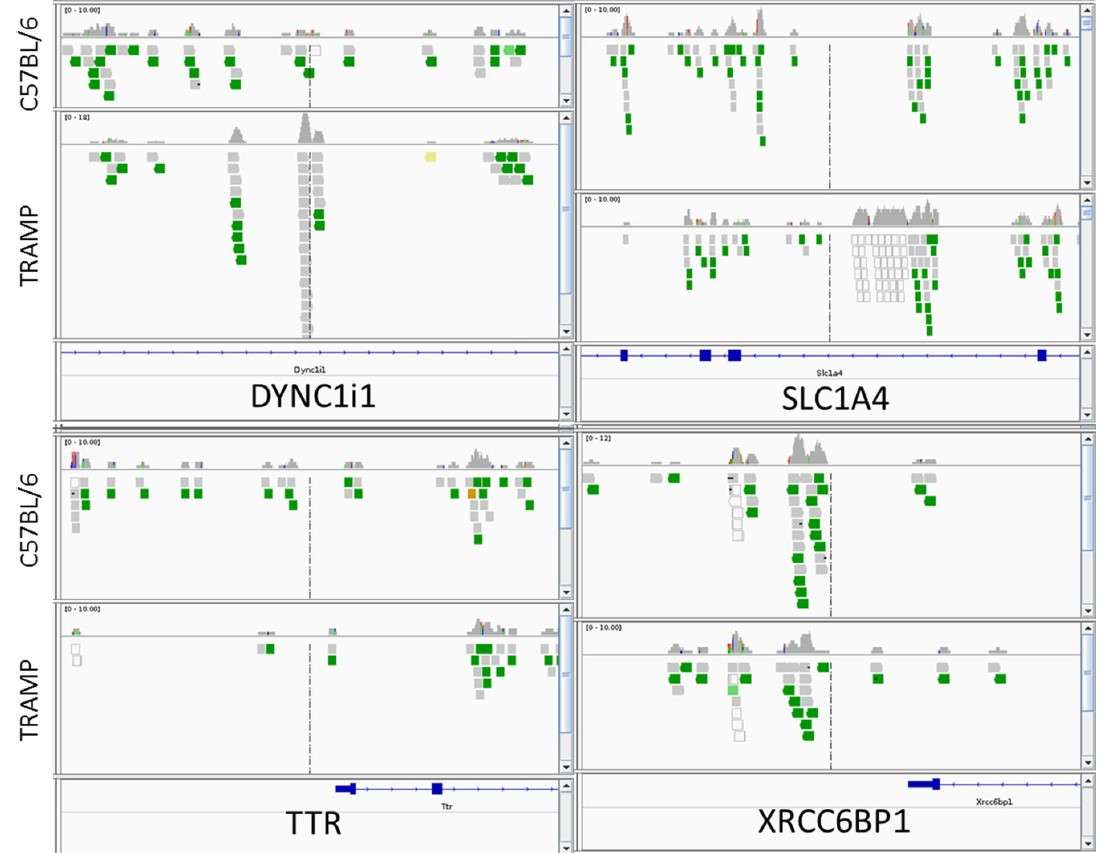 The expression levels of CRYZ, DYNC1I1, HNMT, SLC1A4, and TTR were measured in both TRAMP and wide type group (Figure 2). Among them, TTR expression was increased by 9.05-fold over WT. And the expression levels of TTR were significantly higher in prostate cancer tissue than in normal and benign prostate hyperplasia tissue. Furthermore, they found decreased methylation in promoter region of TTR but increased gene expression. In contrast, DNA methylation in the gene body or downstream may or may not follow a reciprocal relationship. 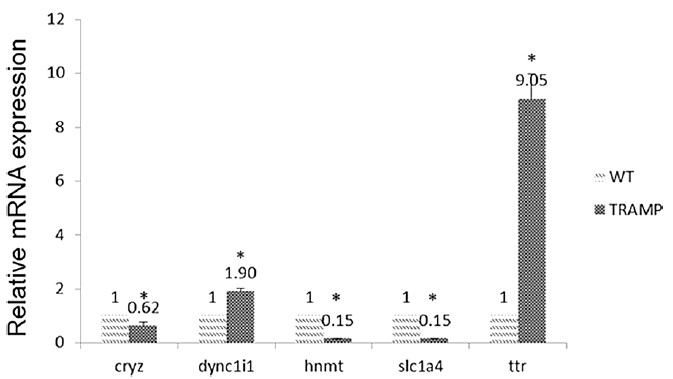 3. Canonical pathway, diseases and functions and network analyses by IPA

The 2147 genes with significant change in methylation were analyzed by IPA software package. The cancer-related networks accounted for the majority (Table 2), which suggested that the difference between the TRAMP and control lay in organ development and cancer development. The most associated disease, cancer, gastrointestinal disease, organismal abnormalities, reproductive system disease and dermatological diseases were ranked within the top five (Figure 3). 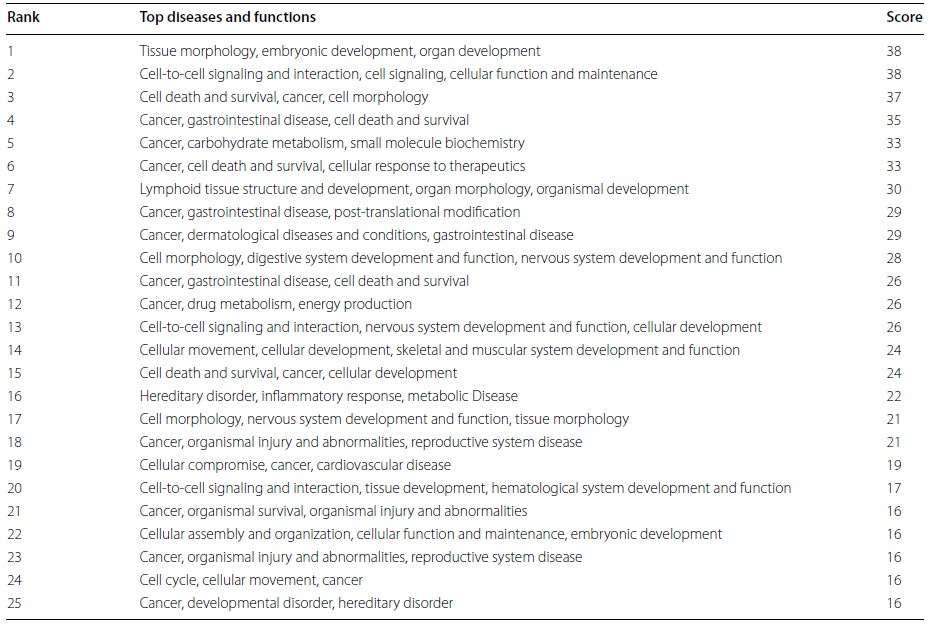 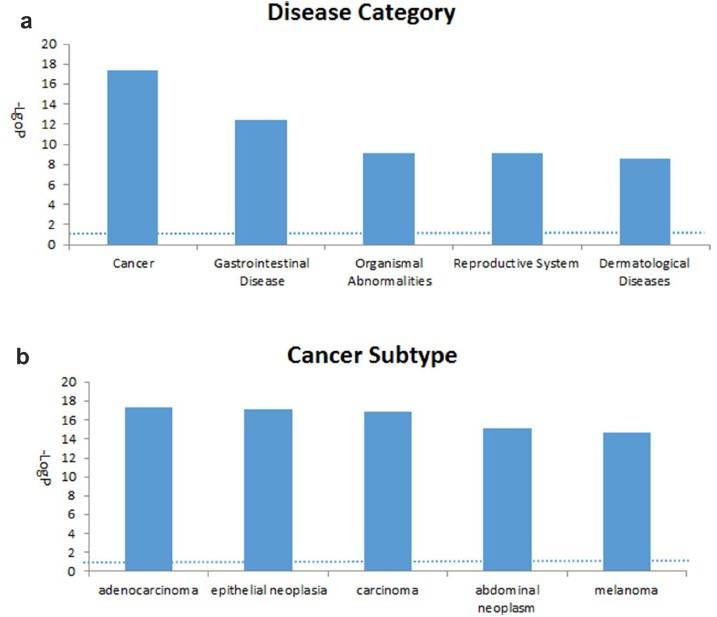 Analysis of canonical pathway would provide information for the development of new therapeutic targets. As shown in Figure 4, the genes with significant methylation in the top canonical pathway was the neuropathic pain signaling pathway, which is consistent with the former finding that the most common malignancy in TRAMP is of neuroendocrine origin. Table 3 lists the genes involved in this pathway that showed modified methylation. CREB was found to be closely related to cellular proliferation, differentiation and adaptive responses in the neuronal system, and methylation of the CREB1 gene was found to be decreased by 2.274 in TRAMP. Furthermore, CREB was also found to regulate other carcinogenesis pathways. All of these data indicate that CREB is highly linked with cancer therapy and may be new strategy for prostate cancer prevention and therapy. 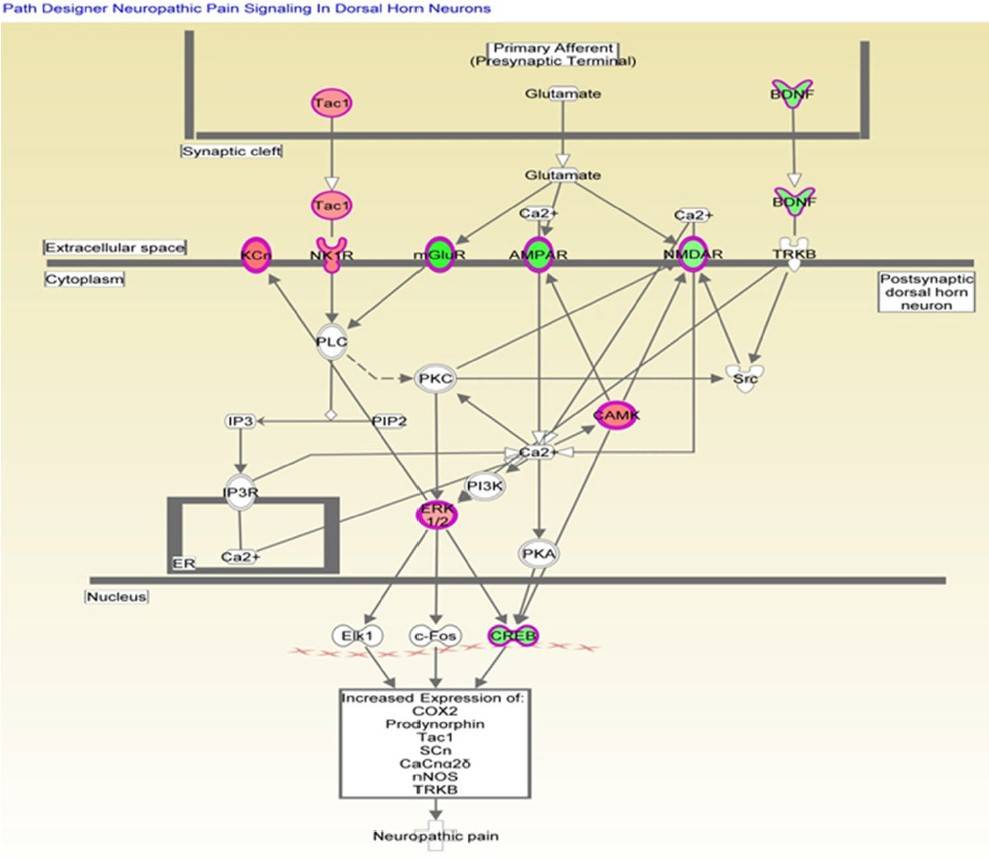 An Overview of hMeDIP-Seq, Introduction, Key Features, and Applications