CD Genomics is now able to provide the degradome sequencing service to facilitate a more comprehensive insight into plant microRNA landscape. By using our service, you can detect the mRNA targets of the microRNA in a highly sensitive and accurate manner.

The Introduction of Degradome Sequencing

MicroRNAs (miRNAs) are a class of endogenous non-coding RNAs of 20-24 nucleotides (nt) in length, produced by highly precise excision from stem-loop precursors. MicroRNAs are important regulators of gene expression at the transcriptional and post-transcriptional levels. The mature miRNA is recruited into an RNA-induced silencing complex (RISC) to degrade mRNA targets and suppress their translation. miRNAs are highly conserved among species based on comparisons among different species. There are also non-conserved and species-specific miRNAs in plants. Non-conserved miRNAs are often expressed at low levels, and, therefore, many are not identified in small-scale sequencing projects. Small RNA sequencing technology has allowed the identification of low-abundance miRNAs.

Modified 5’ RACE (rapid amplification of cDNA ends) was widely used for target confirmation and cleavage site mapping. Nevertheless, this approach is laborious, time-consuming, costly, and only applicable to fine-scale investigations. Recently, Degradome sequencing, also referred to as parallel analysis of RNA ends (PARE), has emerged as a powerful method that combines both high-throughput sequencing and modified 5’ RACE to screen for miRNA and ta-siRNA (trans-acting siRNA) targets in a large scale. In this method, degraded capped mRNA is adapter-ligated and reverse-transcribed. Fragments are then Mmel-digested, purified, 3’-adapter-ligated, and PCR-amplified. Deep sequencing of the cDNA and degradome analysis provide comprehensive information about uncapped transcripts that undergo degradation in plants.

The general workflow for degradome sequencing is outlined below. To construct degradome sequencing library, the first step is to ligate polyA-RNA samples to RNA adaptor containing a 3’Mme I site, and transcribed. After second-strand synthesis, Mme I digestion, gel purification, and PCR amplification, 3’ adaptor is ligated for deep sequencing. Our highly experienced expert team executes quality management, following every procedure to ensure confident and unbiased results. 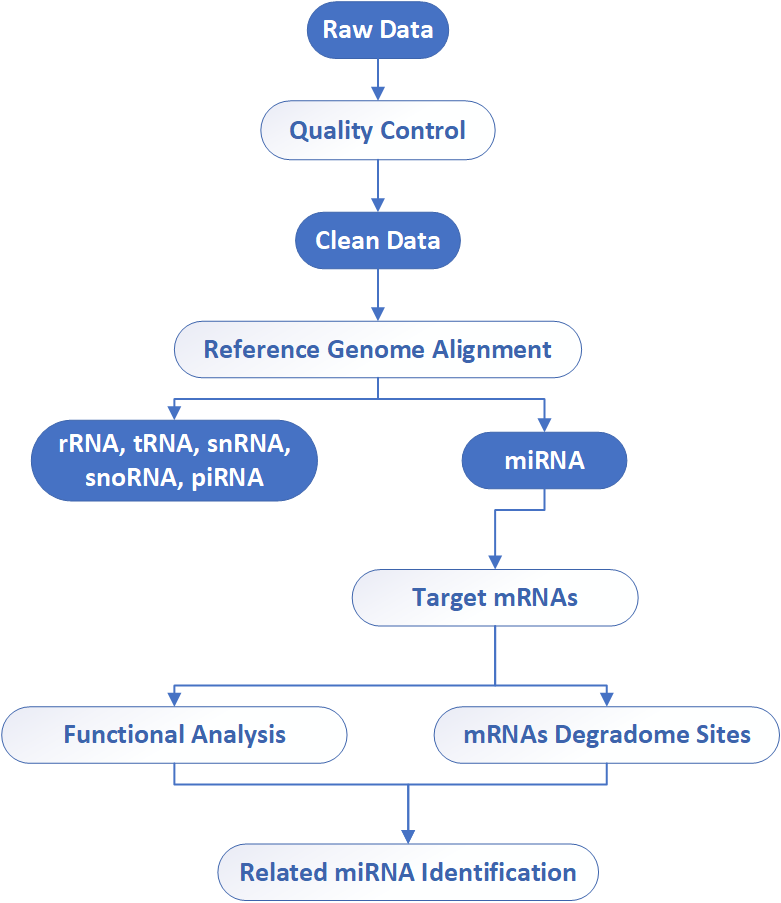 Supported by our experienced scientists and advanced technology, CD genomics can help you identify small RNA targets at single-base resolution at one time through the high-throughput sequencing by strict quality control and advanced bioinformatics analyses. If you have additional requirements or questions, please feel free to contact us.

In animals, protein repression is believed to occur by translational inhibition along with mRNA degradation. In plants, miRNAs degrade their mRNA targets by precise cleavage between the 10th and 11th nucleotide s from the 5’ end of the miRNA in the complementary region of the target transcript, generating a distinct peak of degradome sequence tag at the predicted cleavage site relative to other regions of the transcript. Based on this principal, the degradome sequencing is primarily used to globally identify remnants of small RNA-directed cleavage by sequencing the 5’ ends of uncapped RNAs in plants.

2. What are the advantages of degradome sequencing for identification of miRNA targets?

Table 1. The comparison of degradome sequencing and traditional methods for miRNA target prediction.

The tools for identifying or predicting miRNA target.

Astrgalus species are known as hyperaccumulator of Se by converting it to nonaminoacid compounds. But we have no idea about the Se-metabolism-related hyperaccumulation. The authors attempted to understand whether miRNAs play a role in Se accumulation in plants. In this study, they identified 418 known miRNAs and 151 novel miRNAs induced by Se exposure in Astragalus chrysochlorus. Through deep degradome sequencing the authors revealed important miRNA function in A. chrysochlorus response to selenium stimuli.

A total of 418 known and 151 novel miRNAs was identified. The distribution of miRNAs between control and Se treatment is depicted in figure 1. The 418 miRNAs belong to 380 miRNA families, and 160 miRNA families were differently expressed in both control and Se-treated samples. 30 novel miRNAs were differently expressed after Se treatment. 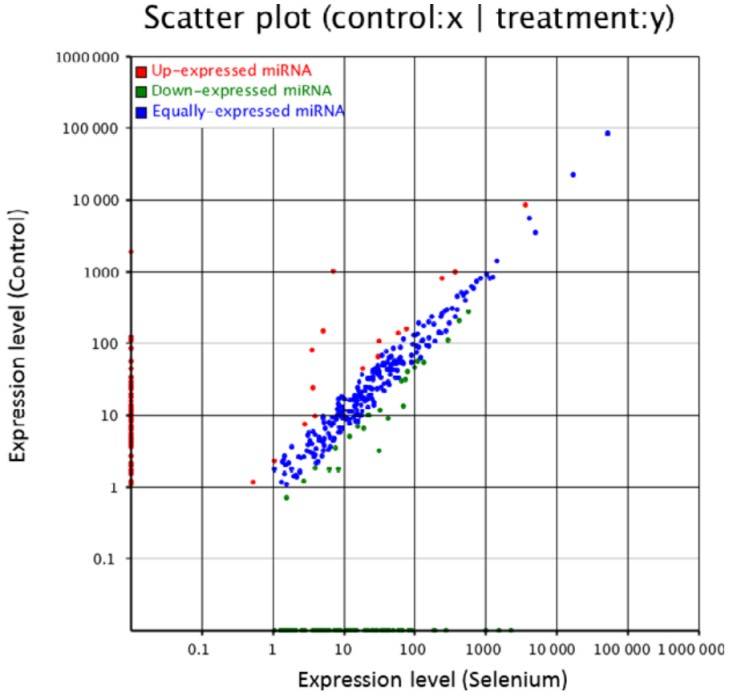 Figure 2. Small RNA expression profiles of control and Se-treated callus of A. chrysochlorus.

A total of 1339 predicted sites were identified and determined to be cleaved by 499 miRNAs. The target genes were annotated and classified as transcription factors and their subunits, enzyme coding genes, resistance proteins, leucine-rich repeat, leucine zipper, zinc finger proteins, and other structural and functional proteins. 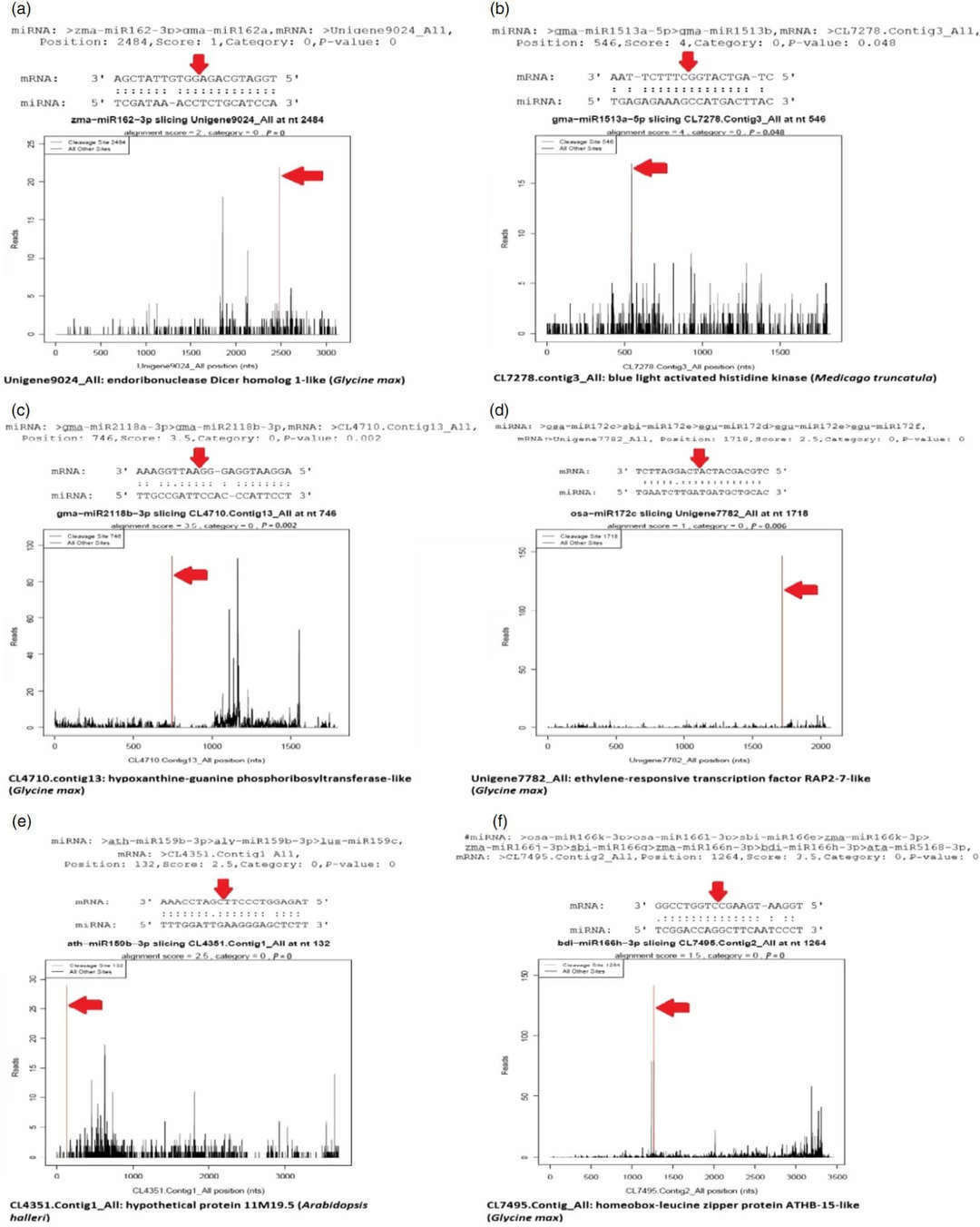 The targets of identified miRNAs were subjected to GO and KEGG analysis to perceive their biological roles. The target genes are involved in 47 types of cellular component, 103 types of molecular function and 144 types of biological process.

Figure 5. GO classifications of miRNA targets in A. chrysochlorus. 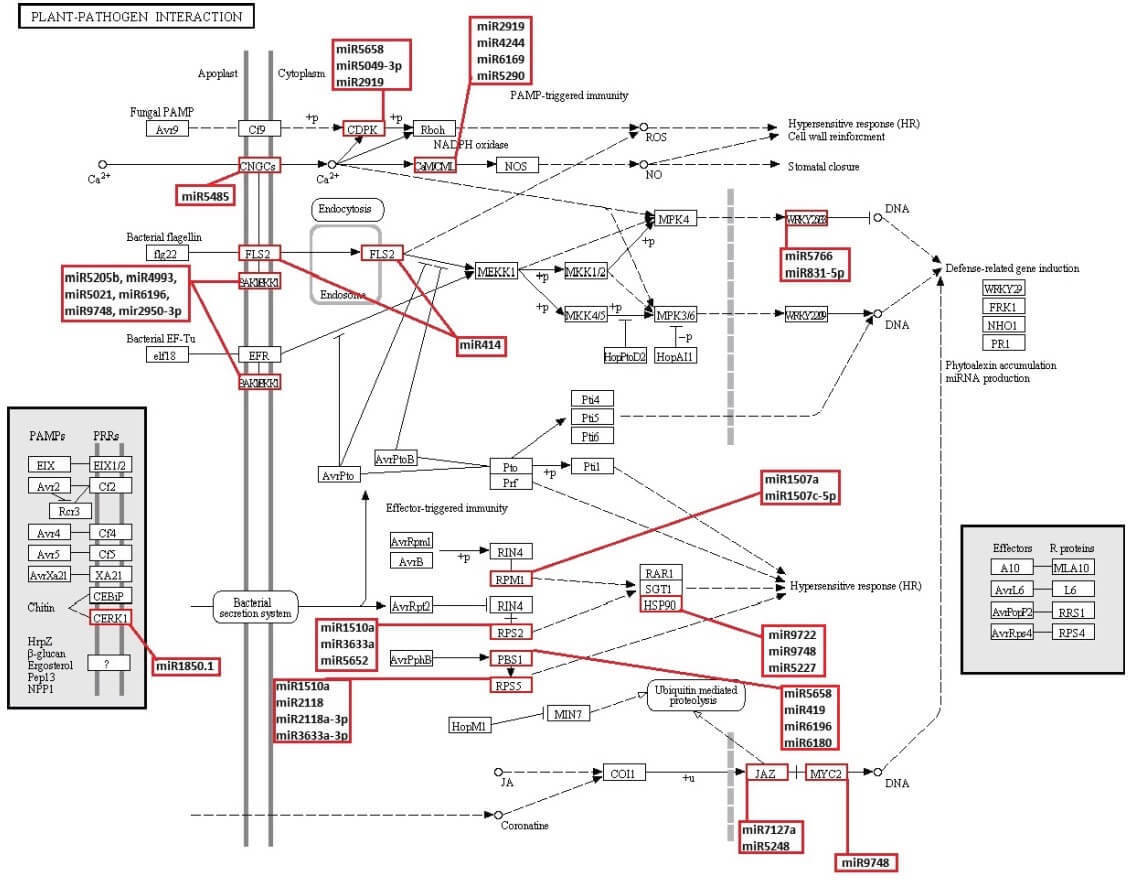 Figure 6. KEGG plant-pathogen interaction pathway and novel and known miRNAs which obtained in this study possibly targeting the genes involved in this pathway.