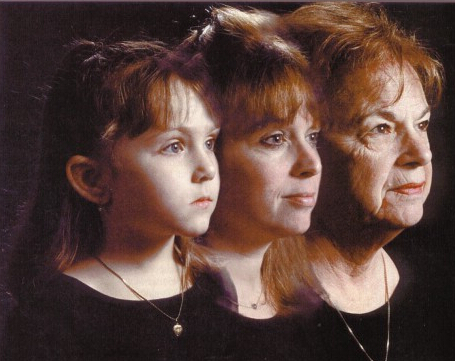 As human beings, we are all faced with the process of growing up, getting old and going to heaven. It’s a natural process that follows the rule of nature. But as human beings, this naturally comes to us that we are fearful of this process. We dream about immortality, which is reflected in many art works like vampire and God; we do our best to slow down aging, so we invented drugs and other methods to make us live longer. Finding the reason of aging in a genetic way is one of the main methods. Scientists try to explain this process by a genetic method. They have found some genetic reasons which related to aging.

Senescence associated gene
Is there any specific gene related to aging? This is a question that every scientist wants to know. Aging is a complex process that under the control of a series of genes. Without interference and destruction, those genes will work normally and human beings will grow up and get old naturally. Hanawalf thinks that life is a terminal illness. Since the combination of a totipotent cell, a new life has started and it comes to death irreversibly. Developmental biologist of University of Pittsburgh, Russell, thinks that gene expressions which regulate growth and development of human beings will be started in the early years of human beings, and the genes which control the aging will start in the late years. This will lead to the decline of metabolism.

Recent years, Scientists have found many genes which related to aging such as WRN gene and SnoN protein, but it is still unknown if we can slow down aging by regulation of those genes.

Longevity Genes
Recent years, scientists have found something in yeast, nematode, insects and mammal. For example, a gene in yeast named ras2 can prolong life. In mammal, the locus of human leucocyte antigen(HLA) is related to longevity. Japanese scientists do HLA sequencing to centenarians and found the number of HLA is significant higher than others. However, some scientists think this is occasional and there is no direct relationship between gene and longevity.

Presenilin Gene
In 1904, the first Werner syndrome patient was found. The patients have no difference with others in childhood, but they will have some diseases of the old when they grows up. Until 1996 the gene related to Progeria was reported. It is a gene which can encode the DNA helix protease and lead to DNA replication and repair disorder.

Apoptosis gene
When DNA can not repair the damage of cells, a gene can start the programmed cell death. It is different form necrosis. The programmed cell death is regulated by P53. P53 can start this process when DNA is abnormal.However, another function of P53 is cancer inhibition. Without P53, people will die because of cancer, but the over expression of P53 will facilitate aging.

The study of slowing aging is a long-term work of human beings. Until now we found evidence, but not sufficient for slowing aging research. I hope that someday we can explain the secrets of aging in a genetic angel.