The Past and Future of GM Food:Prohibition or Not 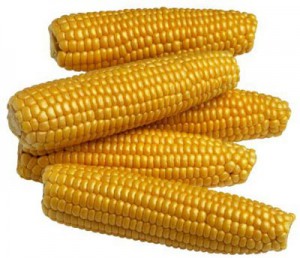 The world is crazy again about GM food, not for it’s ability of increasing production or retaining freshness this time, but for a prohibition of GM crops from Scottish Government.
The news was announced on 9th August. The Cabinet Secretary gave their reason of this ban:
“Scotland is known around the world for our beautiful natural environment – and banning growing genetically modified crops will protect and further enhance our clean, green status.”
However, we knew that from the first time GM food was invented, people are divided into two parts: The supporters and the objectors. Scientists who strong believe in the benifit of GM food can not stand still when thery heard the news. So nearly 30 organizations stood against for this prohibition. They wrote a letter to Scottish goverment and claimed that the goverment has no evidence for forbidding GM food will protect the environment of Scotland. On the contrary, this prohibition will have some bad influence on agricultural industry and scientific research, and even the future of innovition on agriculture.
GM Food
GM food is to put one or several exogenous genes into a particular organism by gene editing. It’s not exaggeratedly to regard GM food as the greatest innovation in gene genetic engineering technology. And this has led a revolution in agricultural industry. Nowaday we can see all kinds of GM food, for it is more easily reserved and the output of GM food goes far beyound normal food. However, many researchers think this technology is not mature yet. So there are many debates and research arguments in the history.
Debates in History
The number one question about GM food is, will it be harmful to our health? In 2013, Australian scientist Judy Carman published his research about the side effects of GM feed on gastritis of pigs. It said that GM feed will lead to worse gastritis than normal feed. However, this research is queried by other scientists. They pointed that there are many flaws of this experiment such as the datas. And this thesis was not published in an authoritative jornal, so some people suspected that this thesis was not receivable.
In 1999, researchers form Cornell University annoced that they found the pollen of pest-resistant transgenic corns would kill the larva of Monarch butterflies. They fed those butterflies with asclepias curassavica which carry pollen of pest-resistant transgenic corns and found it would lead to 44% death rate of larvas. This triggered a big argument about the effection of GM food on environment. But later scientists proved that the great reducement of Monarch butterflies is because of the habitat destruction of Mexico and the overuse of pesticides. Besides, the whole research is carried through in laboratory. The research in farm has no effection on butterflies.
Another famous event is the “Mexico’s corn”. In 2001, researchers from University of California, Berkeley, USA claimed that they found similar gene sequence of adhl gene and the promoter of CaMV35S in sample corps from six areas of Oaxaca by whole genome sequencing. This was a big bomb and some people doubted that our environment was polluted by GM food. But this article received many criticisms from scientists. They found that there were many errors in this thesis. And the embedded gene is adhl-S, which different form the adhl-F sequenced by the author, and adhl-F is an existing gene in corps. Finally it was proved that this article was not verified well.
Conclusion
From the history we can know that although GM food is always faced with all kinds of opposed opinion, it can always find a way to feed back. And it seems like the positive opinions always be the winner. I’m an optimist in science. Scientists can always find a way to solve those side effects. Although some genetic technology like CIRSPR Cas9 technology is still not mature, but we can not just ban it because we can not well-control it. We need more efforts.