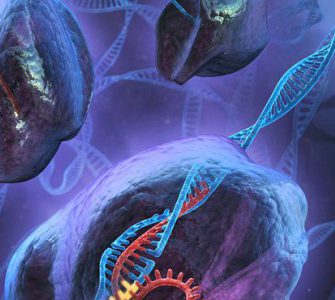 Recently, scientists from San Francisco successfully modified T cells by using Cas9 RNPs, and this thesis was published on PNAS on July 27, 2015. You may have question about this: What is T cell? And why this research has great significance on diseases like cancer and HIV? Scientists have explained everything in their articles.

What is T cell?

T cells, also called T lymphocytes, is a part of lymphocyte, which plays a very important role in cell-mediated immunity. The mutation of T cells will make it function abnormally, which will exacerbate or lead to many diseases. This modification of T cells will give a new chance for treatment of diseases like cancer, HIV, and immunodeficiency diseases.

What is the research about?

The assumption about gene modification of T cells is not an innovation. In 2013 a man-made T cell which can kill cancer cells was introduced by scientists from Japan. This provide a possibility for curing cancer. In 2012, American scientists also found a way to transform T cell into a “killer” of oncocytes to cure HIV. But this project is not a piece of cake. It needs great efforts and continuous discoveries. This time researchers try to “ knock out” genes, and “knock in” some targeted modifications by using CRISPR/Cas9 technology. It’s well-known that this technology can be used in many genome engineering, but it’s the first time to be used as a replacement of targeted nucleotide. This research successfully proved that Cas9 RNP technology definitely has great contribution to primary human T cells. The research about CRISPR/Cas9 is meaningful and prospect of this technology is immeasurable. Therefore, it’s not strange so many biotechnology companies put their hands to this area. CD Genomics recently has introduced their newest CRISPR/Cas9 sequencing service. With the wave of CRISPR/Cas9 research, their services will be expended and become more dependable to researchers.

The modification of T cells by using Cas9 system has a less ethical problem than the gene modification of embryo, because those modified cells will not be passed down to the next generation. After more precise research and perfection, this will provide a big possibility for treatment of many autoimmune diseases like cancer and HIV.