Rarefaction Curve: A Measure of Species Richness and Diversity

Rarefaction Curve: A Measure of Species Richness and Diversity

Species diversity is a measure of biological diversity in a specific ecological community. It considers three important ecological concepts: species richness, species abundance, and species evenness. Species richness is defined as the number of species present in a particular area, while species abundance is the number of individuals per species present in that area.  On the other hand, the distribution or evenness of the species present in that area is termed as species evenness. Species diversity is an important ecological concept in evaluating the healthiness of an ecosystem since the existence of a diverse and balanced number of species maintains the balance of an ecosystem. A more diverse ecosystem tends to be more productive and has a greater ability to withstand environmental stresses. Also, an ecosystem with greater species richness has higher productivity making it more sustainable and stable and could respond to more catastrophes.

The statistical technique or method used to evaluate species richness from the results of sampling is rarefaction. This technique is often applied to operational taxonomic unit analysis (OTUs) and is very useful in pollution and evolutionary ecology. Rarefaction can be used to determine whether a specific sample has been sufficiently sequenced to represent its identity. This can also be used to infer whether a group of samples are from the same community. 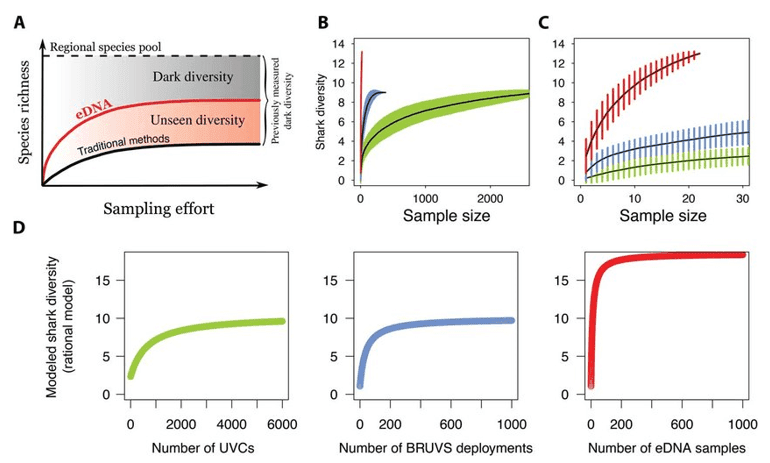 Rarefaction involves the selection of a certain number of samples which is either equal or less than to the number of samples (in the smallest sample), and then randomly discarding reads from the larger samples until the number of remaining samples is equal to the threshold. It is often done by subsampling without replacement, which means that each read that is selected and assigned to the normalized sample will not be included in the original pool of samples. This makes the data retained as a count data which allows it to be used for further analyses using other statistical tools.

Bioinformatics Analysis
* For Research Use Only. Not for use in diagnostic procedures.