CD Genomics is dedicated to offering indirect or direct measurement of mRNA levels based on next-generation sequencing (NGS) and long-read sequencing technologies, which is the part of our complete solutions for microbial characterization. We are a professional microbial genomics provider and have years of experience in microbial identification, diversity analysis and characterization.

We are dedicated to providing outstanding customer service, listening to customer requests and being reachable at all times. 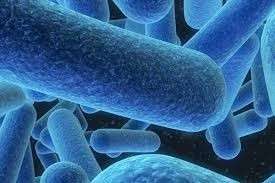 Microorganisms can be applied as production strain or food ingredient when they are stable, and can function optimally under certain conditions. For example, probiotic bacteria need to be resistant to gastric acid in the stomach and intestines. To ensure the consistent performance of microbial strains, it is necessary to investigate which genes are expressed in a desired physiological environment. Our gene expression analysis service enables you to identify the molecular of phenotypic differences in your samples. It also provides insight into the role of differential gene expression in microbial bio-processes, as well as the discovery of novel genes and mRNA isoforms.

Metatranscriptomic analyses measure the expression of multiple genes and functions at once by detecting and quantitating mRNA transcripts. Metatranscriptomics has been used widely to explore microbial community functional diversity in different habitats, as well as to examine its response to a given environmental alteration. Metatranscriptomics simultaneously investigates the structural and functional diversity of a certain microbial community. We also apply RNA-seq approach to detect, quantitate and compare mRNA transcript levels of a certain microbial strain under various conditions. We offer both microbial RNA-seq based on NGS and full-length, direct RNA sequencing based on PacBio or Oxford nanopore platform for gene expression analysis.

Our bioinformatics analysis pipeline includes data quality control, gene expression analysis and advanced analysis, which is flexible to your needs. Please feel free to contact us to discuss your project.

Please submit a detailed description of your project. We will provide you with a customized project plan to meet your research requests. You can also send emails directly to info@cd-genomics.org for inquiries.