As we all know that gut microbes provide multiple services to host, including digestion. Mammals with special diets, such as carnivores and anteaters, have special gut microorganisms to make it possible for them to eat such food.

A common theme in the microbiome field is that the host diet has a significant impact on their gut microbes, both across the lifespan and across the entire evolutionary process. 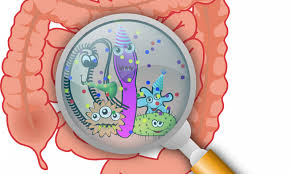 Is it the same in primates?

Recently, a new study, the largest published comparative dataset of non-human primate gut microbiomes to date, indicates whether a leaf-eating primate has a similar gut microbe that help them break down their leafy diet, and shows whether these microbes are heavily influenced by diet or by evolutionary relationship. The study is published on the ISME, 11 July.

And in the past decade, several studies have reported that mammalian gut microcommunities with similar dietary patterns have similar composition and functional characteristics. However, these studies largely dependent on capturing individual samples and often confound host systems development, bowel morphology, and diet.

Why use 16s sequencing and shotgun metagenomics?

16S sequencing is characterized by cost-efficiency, high-speed and practicability to help identify microbial community composition, the evolutionary relationship between microbial species and the community diversity.

Shotgun metagenomic DNA sequencing is a relatively new and powerful environmental sequencing approach, which focus on the structure of microorganism population, the function and activity of gene, the relationship between microorganism and environment. It targets the entirety of the microbial genetic information contained in the environmental sample. And it has also enabled research on microbes that cannot be cultured in the laboratory.

In general, it is recommended to combine Shotgun metagenomic and 16S sequencing to study the composition, diversity and function of microbial communities more efficiently and accurately.

Researchers found that primate diets did not have much impact on their gut microbes during evolution. Instead, the  host phylogeny has much stronger influence on both gut microbial composition and function than that of host dietary niche. These results suggest that mammalian gut microbiome plasticity in response to dietary shifts over both the lifespan of an individual host and the evolutionary history of a given host species is constrained by host physiological evolution. Therefore, the gut microbiome should be combined with host physiology to describe host nutritional strategies and the emergence of host dietary niches.