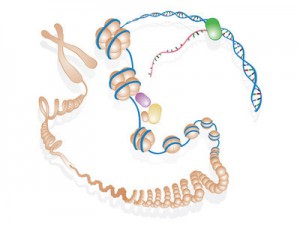 Lnc RNA, also known as the long non-coding RNA, is a kind of RNA with over 200nt transcript which do not encode protein. It was judged as a “noise” in transcriptomics until 2007, but now well-known as it’s ability of regulating gene expression on transcription, epigenetic and post-transcriptional regulation. And it is related to many diseases such as cancer, HD, obesity and so on.
Lnc RNA and Liver Cancer
Hepatocellular carcinoma( HCC) is the most common malignant tumor in Asian. For many years researchers spend time and money finding a solution to this cancer. With the developement of genetic science and technology, lnc RNA starts to play a more and more important role in HCC research. Researchers started their study on the action of lnc RNA during the process of HCC metastasis in 2014, and found it plays an important role in liver regeneration and development. This makes it become a potential target of HCC treatment. Other lnc RNA have some connection to liver cancer such as lncTCF7 which can promote self-renewal of human liver cancer.
Lnc RNA and Somatic Tissue Differentiation
Our skin epidermis is formed by different type of cells, and every single cell has its well-defined responsibilities. They need a commander to coordinate their action of generation and differenciation. Any disoder of this process will lead to deseases like eczema and even skin cancer. In 2013, researchers from Stanford University School of Medicine found a TINCR( terminal differentiation-induced ncRNA) by RIA-Seq based on RNA-Seq analysis and deep sequencing technology. This TINCR is a main regulator of somatic tissue differentiation. The differentiation stopped as well as researchers cut off the TINCR. Most people are puzzled by epidermal differenciation diseases, and this provide possibility for gene therapy of it.
Lnc RNA and Obesity
Brown adipose tissue(BAT) is a kind of main fat of human beings. It can burn excrescent fat and speed up the metabolism. With RNA-Seq researchers found that lnc-BATE1 has some relationship with establishment and maintenance of BAT, and it will affect the thermogenic ability of BAT. Lnc-BATE can suppress white fact genes, which response for storage of fat. This research revealed the importance of lnc RNA for treatment of obesity.
Lnc RNA and Sterility
Shinichi Nakagawa and his colleagues found that lnc RNA has some connection to pregnancy. A long non-coding RNA named Neat1 is a protagonist here. They tried to find what would happened to the Neat 1-knockout mice. Altought most mice remain unaffected, high infertility took place in female Neat 1-knockout mice. Besides, reseachers also found that Neat1 is highly expressed in the corpus luteum, and the dysfunction of the corpus luteum is the main reason for inferility.
Conclusion
From a nebbish to a protagonist, lnc RNA has found its position in biological research and medical research. What we can get from it is unpredictable. But the only thing can be affirmed is lnc RNA will be indispensable for our research.