Arguments about CRISPR technology: A Revolution of Science 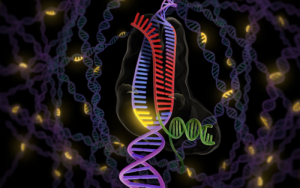 CRISPR topics are hot again now. Since the very beginning researchers found CRISPR sequences in December 1987, it has been widely used in many fields. The credit is obviously. But this year researchers reported that they had edited human embryos with CRISPR, which triggered an ethical debate.

In 2012, a geneticist, Bruce Conklin, found that a new technology named CRISPR can help him quickly change DNA on his research about the connection between DNA variation and human diseases. He decidedly chose this new technology and said “CRISPR is turning everything on its head.” This cheap and easily used technology bring great change in biomedical research . The geneticist of Cornell University, John Schimenti, judged it as one of the huge developments in science.He thinks CRISPR effect life science in many aspects.

This is a revolution. Not only in biology, but also many other fields of science. CRISPR technology can be used for diseases like cancer and HIV, which I have posted in my last article. And it can be also used in agricultural research and Engineered ecosystems. Scientist can always make good use of it. They found that modified gene can be passed to generations rapidly by CRISPR. Theoretically, CRISPR gene editing can be used to modify genes of mosquitoes to reduce disease like malaria and fiebre amarilla. Well, there are many unknown parts. It may be changed by the circumstance during the multiplicative process, and have uncertain effects on other creatures, which will lead to ecological problems. And if, luckily, this is feasible, it can be also took advantage by crimes and terrorists as a weapon. And this will turn to a disaster. So some people stand against and propose that researchers should stop this research. Parts of the researchers suggest that we should keep it in the shadow, to protect it from illegal using.

For a personal view, science can not avoid risks. What we have done to the nature and other living creatures is much more than this one. As I said, this is a revolution, and revolution means change, bleeding and sacrifice. We want advance, so we can’t fear. We got a chance to reduce disease, increase our knowledge and develop technology. There is no reason to give up. Although the problem is unknown and unpredictable, we can find a way to solve it. That’s what we did for thousand years.