Metagenomic data, the cumulative genetic information extracted from an environmental specimen, can be used to research the phylogenetic background of microbial diversity and sample a large variety of genes simultaneously. It is also being used to revolutionize research into gastrointestinal microbes. This highlights the importance of phylogeny to microbiology for classifying behaviors carried out by an ancestral line of animals. The production of reference databases would also support the phylogenetic classification of metagenomic records as more sets of genes are sequenced. 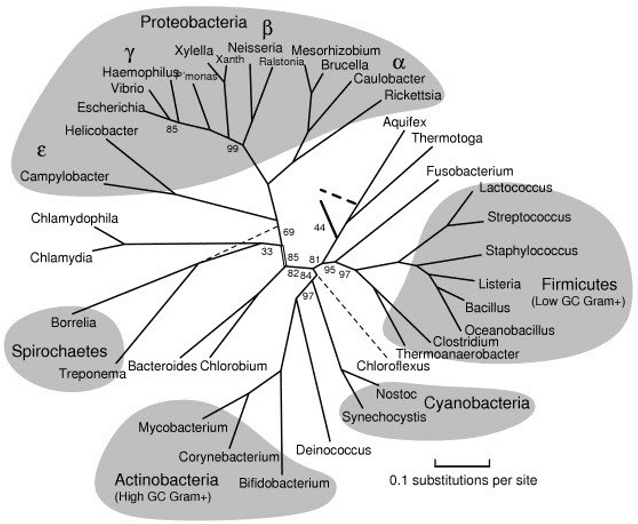 There is no official classification of prokaryotes. The most commonly accepted division of the prokaryotes in two "sub-kingdoms" or "domains" (Bacteria and Archaea) and the classification of their species is primarily based on 16S rRNA sequence comparison. Some phyla based on a thorough clade of 16S rRNA are presently embodied only by one or a few species.