Soil is known as one of the media with a large microbial diversity. But, only one percent of its total volume is known to be congregated by most of the microorganisms. These small portions where the microorganisms form into colonies or biofilms have faster rates of many biogeochemical processes as compared to bulk soil. In 2015, scientists defined these soil volumes as "microbial hotspot" and had identified four such hotspots in soil. One of those microbial hotspots is the rhizosphere.

The rhizosphere, the narrow zone surrounding the living roots which is influenced by plant root exudates, is considered as one of the most complex ecosystems on Earth. It is commonly composed of the following group of organisms: bacteria, archaea, protozoa, fungi, oomycetes, algae, nematodes, and arthropods. Most of the members of the rhizosphere microbiome, or the collection of microbial genomes in the rhizosphere, are part of a complex food web that utilizes a large amount of nutrients given off by the plants. In fact, combining all the microbial genes present in the rhizosphere greatly outnumbers the plant genes (as seen in Figure 1). 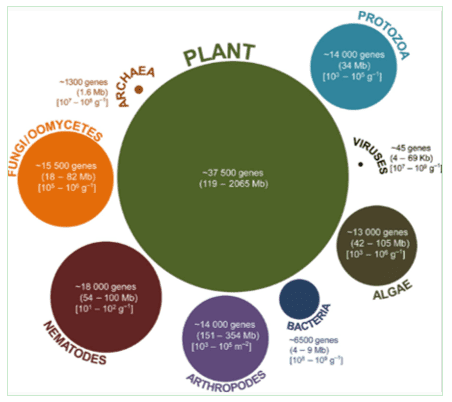 Figure 1. Overview of organisms present in the rhizosphere. (Mendes, 2013)

Interactions among these organisms such as antibiosis, physiochemical environment modulation, cooperative metabolism, protein secretion, or gene transfer can either lead to antagonism or cooperation. A lot of studies have shown that most of the plant-associated microorganisms have great effects on different aspects of plants such as seed germination, seedling vigor, plant growth and development, nutrition, productivity, and even in the development of plants' diseases.

Some of the well-studied rhizosphere organisms known to have beneficial effects on plant growth and development are the nitrogen-fixing bacteria, mycorrhizal fungi, mycoparasitic fungi, protozoa, plant growth-promoting rhizobacteria, and biocontrol microorganisms. On the other hand, some of the rhizosphere organisms which are deleterious to plants are pathogenic fungi, bacteria, oomycetes, and nematodes. A few of the major plant pathogenic microorganisms prevalent in soils are Agrobacterium tumefaciens, Botrytis cinerea, Puccinia spp., Fusarium oxysporum, Colletotrichum sp., and Magnaporthe oryzae. The success of the infection of such pathogens is determined by several factors as seen in Figure 2. These factors include the surrounding environment of the host plant, plant-associated microbiome, and other complex nature of underground interactions. Figure 2 also shows that the genetic background of the host can shape distinct structures of microbial communities in the rhizosphere. 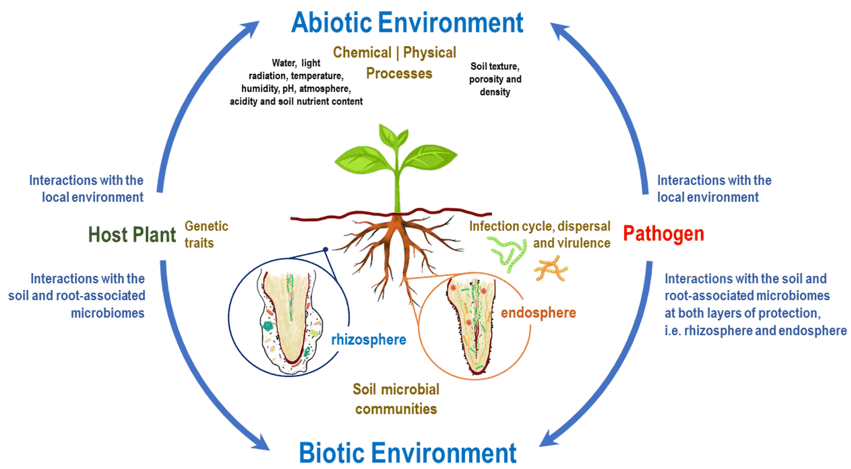