Autoimmune Issues Could be Linked to Extra X Chromosome in Females

Autoimmune Issues Could be Linked to Extra X Chromosome in Females 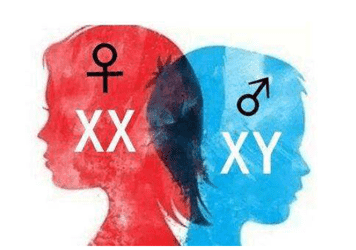 Researchers have discovered a possible explanation for why autoimmune disease are more common in females. The research, Published in the Proceedings of the National Academy of Sciences, USA, based on mouse models showed that the Double XX chromosome in females may be to blame.

Women generally tend to have more robust immune responses to self and foreign antigens compared to men. This stronger immune response is seen across species and suggests there is a fundamental mechanism underlying its development. Naturally, you would assume that this is an advantage as women can cope with the side effects of vaccines and infections better than men. However, it can also cause an overactive immune response and lead to a range of autoimmune diseases.

The study used mice with XX and XY– genotypes. The sex determining region (SRY) of the Y chromosome was deleted, so the XY– mice were gonadal females. This allowed the researchers to study the differences between XX and XY without the effect of sex hormones. In the study, a cluster of five genes on the X chromosome, Msl3, Prps2, Hccs, Tmsb4x, and Tlr7, all related to the immune system were found to be expressed more in male mice. This is strange as even though females have two XX with one being silenced, these genes were expressed more in males with one just X. This could be due to differential methylation of X genes, with more methylation on the paternal X compared to the maternal X.

With the 15% of genes that can escape this methylation process, a possible pro-inflammatory response could be promoted in females due to the extra expression of these immune-related X chromosome genes. Two X chromosome demethylation genes known to escape X inactivation, Kdm6a and Kdm5c, showed increased expression in XX compared to XY–.

Other previous studies on human chromosomes have discovered that X inactivation is incomplete in the immune system’s T cells and B cells, which could play a role in the development of autoimmune diseases.

Finding the regulators of methylation in X inactivation could provide novel targets for drug development to reduce the immune responses of females and treat autoimmune disease. More research needs to be carried out to fully understand the mechanisms at play here, but it does seem that the X chromosome plays a huge role in this autoimmune inequality.