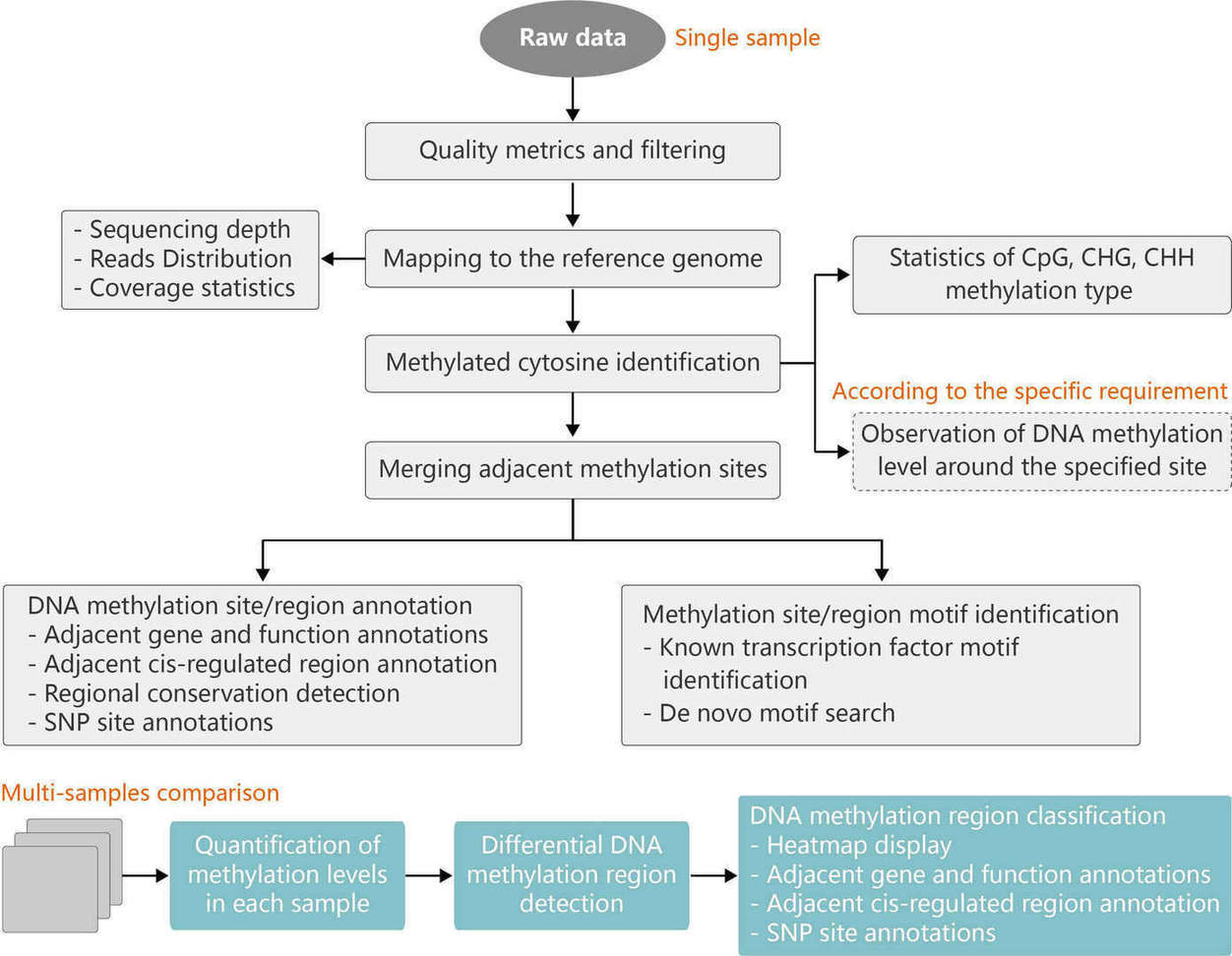 Figure 1. Pipeline for analysis of RRBS data. CpG: CG sequences, C is cytosine and G is guanine. CHG and CHH: H is A (adenine), C or T (thymine).

Because of the complexity of bisulfite sequencing alignments (the aligned sequences do not exactly match the reference genome, and the complexity of the libraries is reduced), standard sequence alignment software cannot be used. Due to the unique properties of RRBS, special tools are needed for alignment and analysis. Five commonly used mapping algorithms for benchmarking analysis in RRBS data, include Bismark, BS-Seeker2, BSMAP, GSNAP, and bwa-meth, which are listed in Table 1 (Sun et al., 2018).

A Large amount of data has been generated by the NGS-based DNA methylation detection technologies in the past years. Several methylation databases have been developed to store these data and are available for researchers (Table 2) (Su et al., 2012). With the development of a study about DNA methylation, more databases will be established and then more information about methylation will be known.

There are two key factors affecting the accuracy of methylation calls when determining the methylation state of bisulfite sequencing reads. First, the sequencing reads must be correct and derive entirely from bisulfite-converted sequences. Second, the reads must be correctly mapped to the reference genome. Failure of these two factors will result in the generation of incorrect methylation calls. And in extreme cases, the noise from these miscalls can adversely affect the conclusions of the experiment (Krueger et al., 2012). The process of restriction enzymes (commonly using restriction endonuclease MspI) digestion, bisulfite conversion and sequencing involved in RRBS would affect these two factors.

The MspI digestion would result in a wide range of DNA fragments in different sizes (Figure 2), and usually fragments between 40 and 220bp will be size-selected for the RRBS library. Quite a few MspI digested fragments, even shorter than 40bp, will be generated during the process. If the size selection process is not as good as it is in theory, often a sizeable number of fragments below 40bp can end up in the RRBS library. 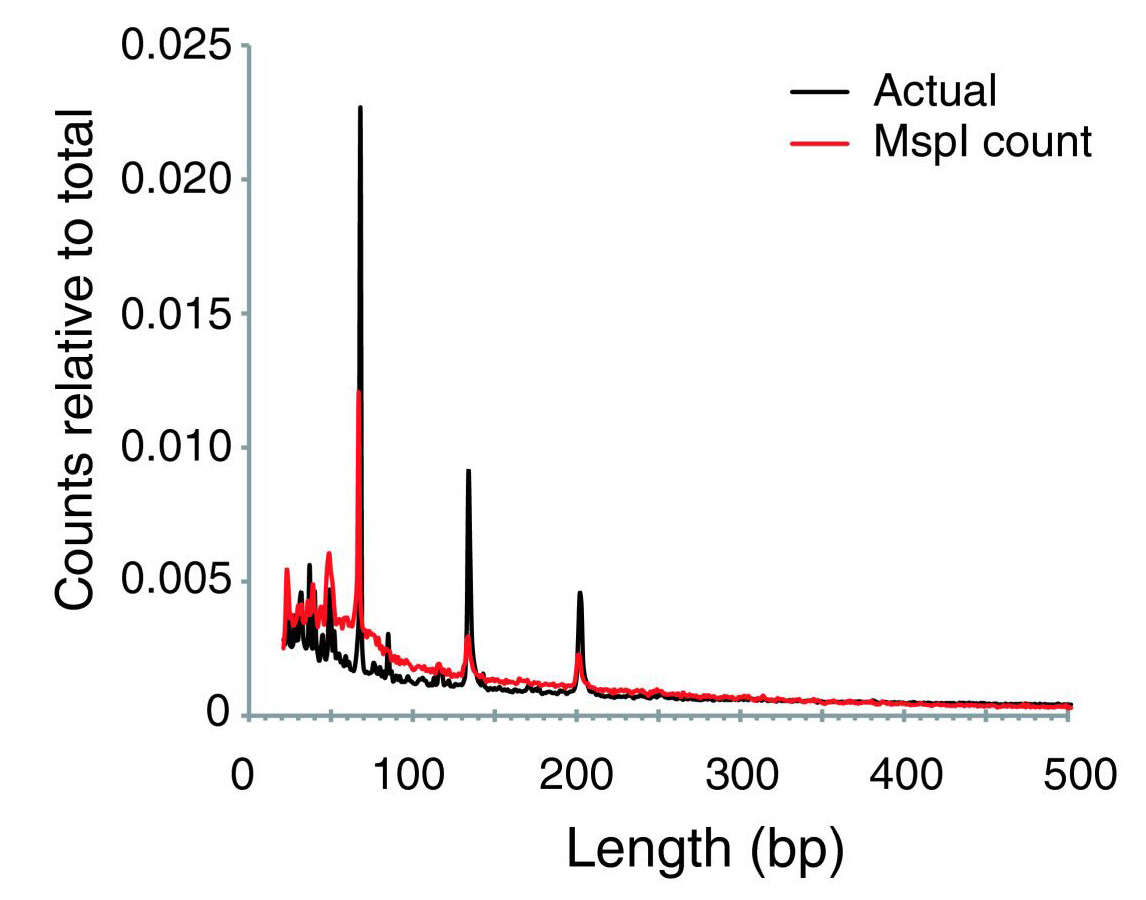 The shorter fragments are more likely to be sequenced than larger (≥300bp) fragments. But short reads in the bisulfite sequencing data could result in low mapping efficiency in data analysis (Figure 3). 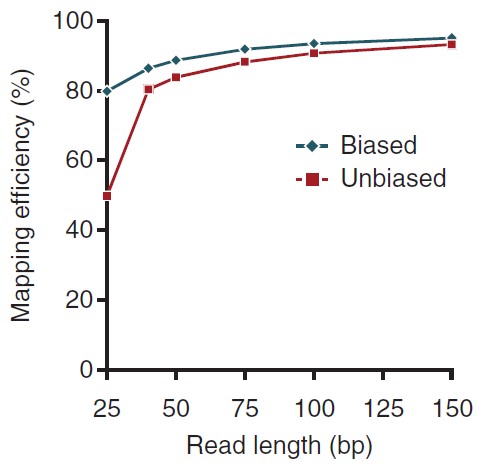 The bisulfite treatment of DNA mediates the deamination of unmethylated cytosine into uracil, and these converted residues will be read as thymine, which is determined by PCR-amplification and subsequent sequencing analysis (Figure 4).

Figure 4. The principle of bisulfite sequencing. 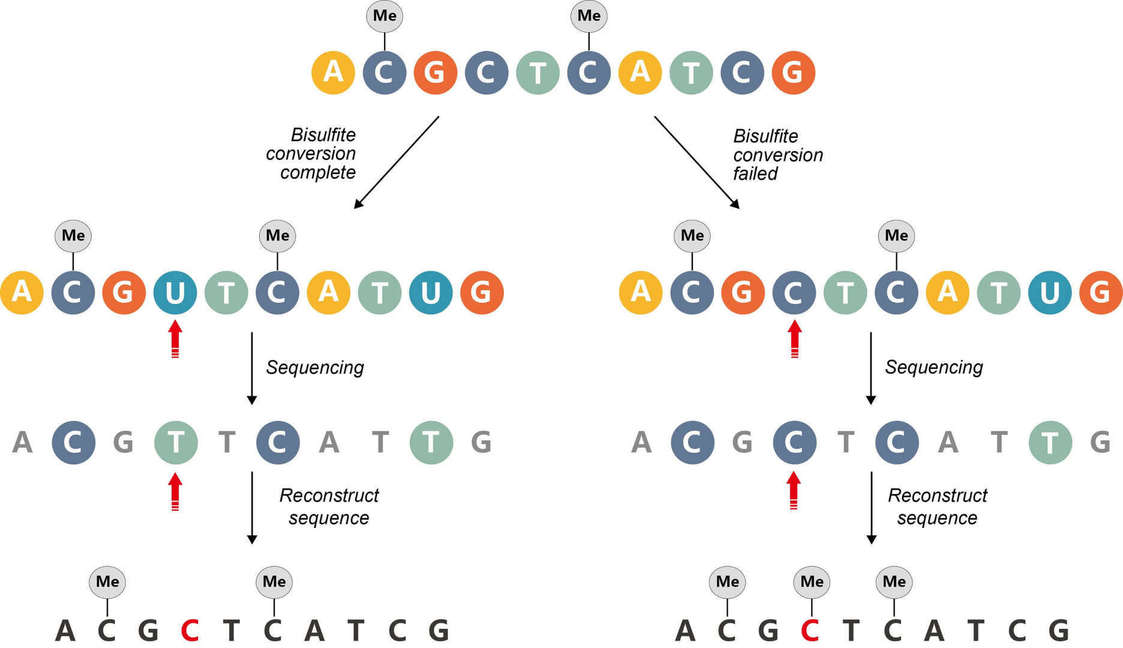 Due to the short size-selected fragment size in the RRBS library, several factors in the sequencing process would affect the RRBS data analysis (Krueger et al., 2012):