MethylRAD uses methylated modified dependent endonuclease, such as FspEI, MspJI, LpnPI, AspBHI, etc., to recognize cytosine methylated on DNA and cut double chains at a distance downstream of the recognition site, and if the DNA double-strand has a central symmetric methylation state, a fixed length of double-strand DNA fragment can be cut and then sequenced. DNA methylation is a heritable epigenetic mark and plays a vital role in many biological processes such as embryogenesis, cellular differentiation, X-chromosome inactivation, genomic imprinting and transposon silencing, perturbed methylation patterns are sometimes a hallmark of important human diseases. Profiling the DNA methylation landscape and its dynamics enable researchers to look deeply into key epigenetic mechanisms that modulate development and diseases. MethylRAD allows for de novo (reference-free) methylation analysis, extremely low DNA input (e.g. 200 ng) and adjustment of tag density, all of which are still unattainable for most widely used methylation profiling methods such as RRBS and MeDIP sequencing.

Key Features and Advantages of MethylRAD-Seq

The MethylRAD-Seq Workflow is outlined as below: 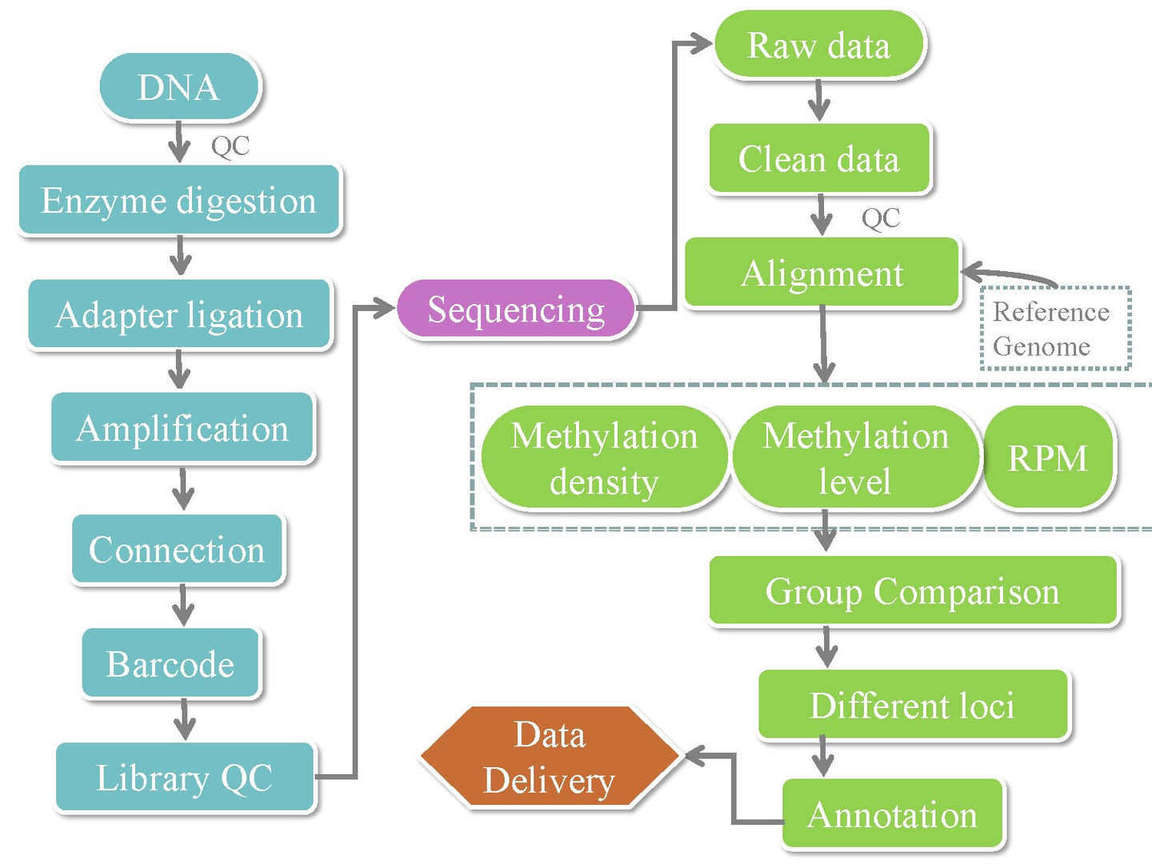 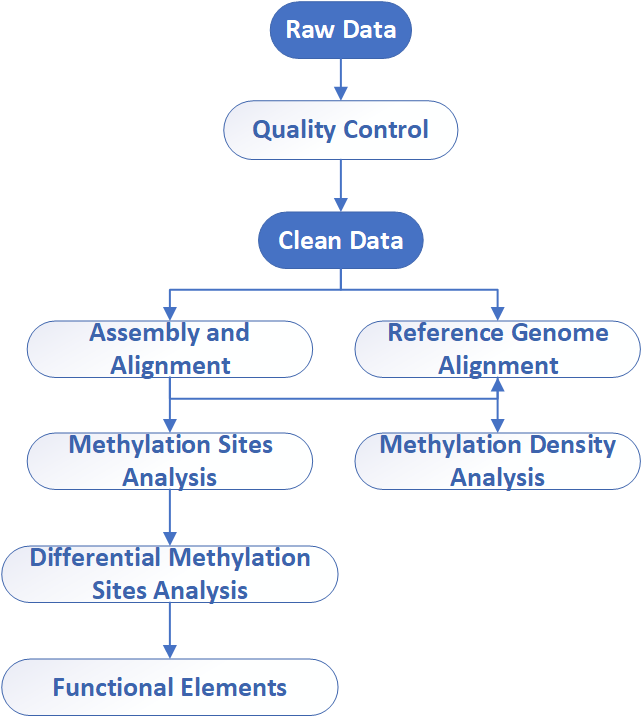 CD Genomics uses a simple and flexible method for genome-wide DNA methylation profiling with high specificity, sensitivity and reproducibility, enabling de novo methylation analysis with extremely low DNA input, and flexible adjustment of tag density. If you have any questions, please feel free to contact us.

1. What about the unique mapping ratios?

Of the mapped reads provided by MethylRAD, the unique mapping ratios were 34.5%~36.1%, which comparable to those (38–43%) reported in a WGBS study on A. thaliana, and the relatively low rate of unique mapping is to be expected as repetitive regions are usually highly methylated in plants.

2. How sensitive MethylRAD-seq can be?

An exemplary chromosomal distribution of (a) methylated CCGG sites and (b) methylated CCWGG sites detected by MethylRAD, RTR-MethylRAD and WGBS:

A large majority of methylated target sites detected by WGBS are also detected by MethylRAD.

For plant applications, it is advisable to use the chloroplast sites as internal control sites to adjust the false discovery rate of detected methylation sites to the desired level.

Scanning indels in the 5q22.1 region and identification of the TMEM232 susceptibility gene that is associated with atopic dermatitis in the Chinese Han population

Atopic dermatitis (AD) is a chronic inflammatory skin disease. The 5q22.1 regionwas found to have an association with AD in our previous genome-wide association study (GWAS).

The genotyping and association analysis showed that six deletions and four SNPs were associated with AD (P < 0.005). The rs11357450 (Pcombined = 7.79E-04, OR = 1.39, logBayes Factor = 1.29) deletion located in TMEM232 was identified to be the strongest variant. Analysis of the genetic model revealed that the dominant model best described rs11357450 (P = 1.96E-03, OR=1.22; 95% CI=1.07-1.37). IHC showed that the expression of TMEM232 decreased gradually from the granular layer to the basal layer in AD, but in normal tissues, this trend was reversed. Additionally, positive cytoplasm staining was found in lymphocytes around the blood vessels in AD. 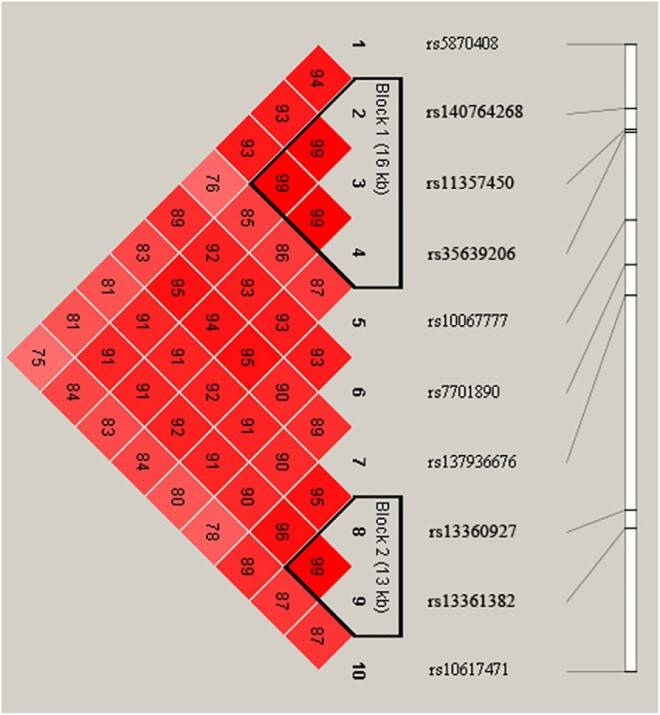 Fig.1 The LDmap among 10 variants genotyped in validation population. Rs11357450was in strong LD with other two significant variants, all pairwise r2 > 0.82 in validation sample set. Numbers inside the squares represent D’. 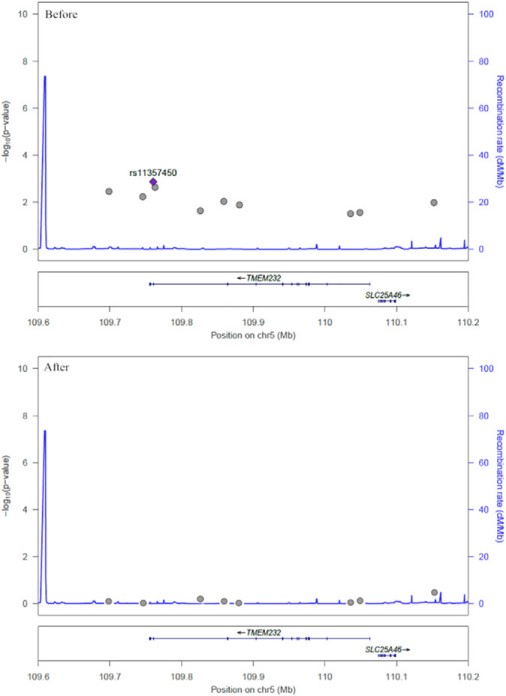 Fig.2 The results of stepwise logistic regression and the gene location of variants. The associations at the other five deletions and four SNPs disappeared (the smallest P = 0.33) after the genetic effect of the SNP (rs11357450) was controlled in the locus, which showed that rs11357450 was strong signal in this region.

In Conclusion, the study indicates that TMEM232 in the 5q22.1 region is the causal gene for AD in the Chinese Han population.

Reference
Wu Y Y, et al. Scanning indels in the 5q22.1 region and identification of the TMEM232 susceptibility gene that is associated with atopic dermatitis in the Chinese Han population. Gene, 2017, 617:17-23.