SNP has become the third generation of genetic markers. The characteristics of SNPs make them more suitable for studies on genetic pleiotropy in complex traits and diseases, and population-based gene recognition than other polymorphic markers. SNPs have significant importance in biomedical research. SNPs have been used in genome-wide association studies as high-resolution markers in gene mapping related to diseases or normal traits. SNPs without an observable impact on the phenotype (called silent mutations) may also be useful due to their quantity and stable inheritance over generations. 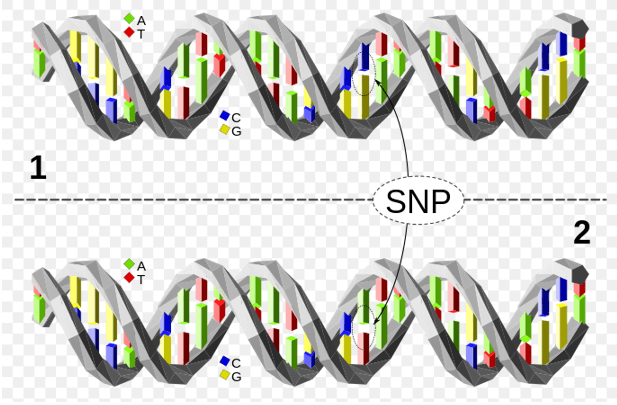 The DNA microarray refers to a gene chip with a large number of probe DNA sequences in a specific arrangement immobilized on a solid substrate. The principle is the nucleic acid hybridization theory, and the detected sample DNA is hybridized with the DNA microarray and extended. Subsequently, the fragments of the non-complementary binding reaction on the chip are washed away, and the gene chip is subjected to laser confocal scanning. Fluorescence signal intensities are then measured and interpreted as the abundance of different genes through certain data processing. 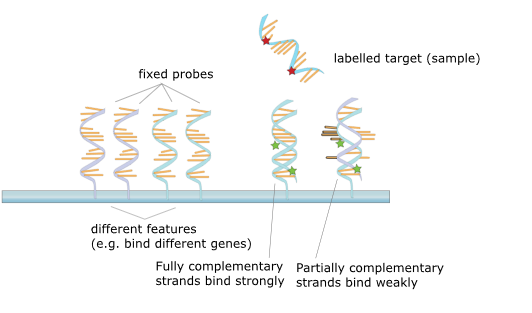 Figure 2. The principle of microarray.

SNP microarray uses known nucleotide sequences as probes to hybridize with the tested DNA sequences, allowing qualitative and quantitative SNP analysis through signal detection. Compared with the traditional single cell diagnostic method, SNP microarray is a high throughput method, which is capable of performing thousands of reactions on the surface of the oligonucleotide chip at one time.

The workflow of SNP microarray 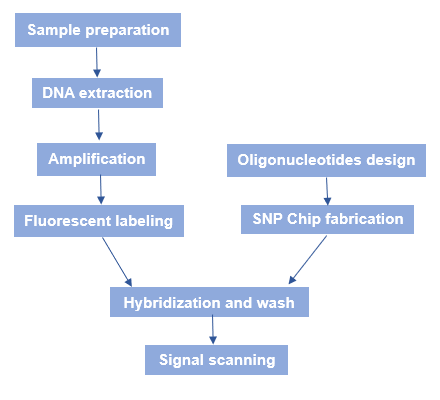 Figure 3. The workflow of SNP microarray.