A Preview to the Adaptive Mechanisms of Psychrophiles

A Preview to the Adaptive Mechanisms of Psychrophiles

Microorganisms are found in every nooks and crannies in the world. Even before humans existed, microbes have been thriving in the earth and up until now are surviving. Microbes have been found to exist even in extreme environmental conditions, many microorganisms survive in or even prefer to exist in the hottest or coldest environments, places under very high pressure, and even in places with very minimal nutrient sources. This article will tackle about how some microbes that live and survive in the coldest environments. 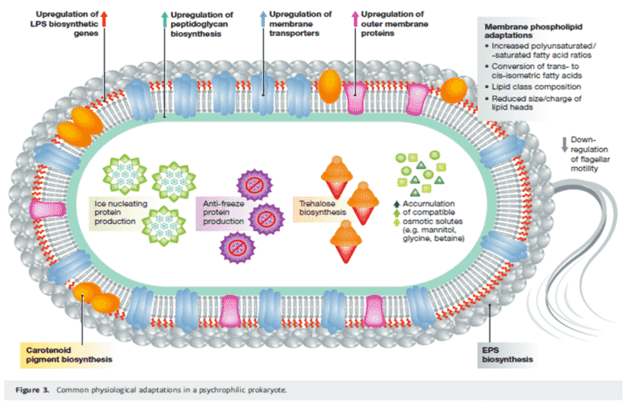 Figure 1. How do Psychrophiles overcome these stresses (De Maayer, 2014)

Metagenomics and metatranscriptomics studies in the past have helped scientists to understand the underlying mechanisms that these organisms employ in order to help them adapt to the growth challenge in this extreme environment. Summarized in the figure above are the common physiological adaptations of psychrophilic prokaryotes. The cellular structure of psychrophiles are different from common mesophilic microbes because in order to adapt to a cold environment, their membrane should be more rigid and membrane fluidity is reduced. Scientists have found through transcriptomics and metabolomics that during cold stress psychrophiles upregulate the production of high levels of unsaturated and branched fatty acids which makes the membrane firmer and sturdier. Low temperature also affects the solute diffusion rate so psychrophiles also upregulate membrane transport protein to increase the uptake of nutrients and compatible solutes in the environment. Compatible solutes or osmoprotectants are compounds, such as glycine betaine, polysaccharides, and polyamines, that help to stabilize and protect cellular components cold stress.

Aside from scavenging compatible solutes from the environment, psychrophiles also produce cryoprotectants and other antifreeze proteins to protect the cell from cold stress. One of the common cryoprotectants produced is the trehalose disaccharide which helps to retain water inside the cell and prevent dehydration. Psychrophiles also produce ice-binding proteins which control ice crystal growth by lowering the freezing point inside the cell.

Enzymes in psychrophilic cells are generally more flexible compared to mesophilic enzymes, to prevent freezing. This increased flexibility causes low stability of the enzymes but does not sacrifice its activity. With this restriction, psychrophiles have developed mechanisms to optimize energy metabolism by shifting to metabolic pathways that use low temperature-stable enzymes and/or high energy output enzymes. As an example, the Glyoxylate cycle is upregulated in psychrophilic systems. In this cycle, cellular energy production is increased because it yields two molecules of oxaloacetate as compared to TCA which only produces one molecule of oxaloacetate. This additional oxaloacetate is used by the organism to produce glucose via Gluconeogenesis.

Psychrophilic and psychrotolerant microorganisms have greatly evolved to adapt to the effects of very low-temperature environments. Aside from these common mechanisms, psychrophilic microorganisms employ other unique strategies to combat cold stress. These mechanisms are employed depending on the environment wherein theses microbes live and on the availability of nutrients in its surroundings.