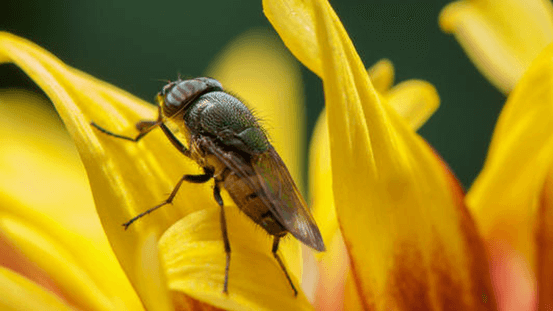 Fruit flies share a significant proportion of their genes with humans, making them good models to study human diseases and ageing. As the fruit flies usually live for about two months their lifespan is easy to measure.

Fruit Flies with a mutation known as E(z) were shown to have their lifespans extended by 22-23% compared to flies without the mutation. The researchers therefore aimed to determine what genes or functions the E(z) mutation controlled to extend the lifespan of the flies.

The researchers bred a strain of the fruit fly with the E(z) gene partially suppressed. Using genome-wide transcriptome analysis it was identified that the expression levels of 239 genes were altered. Many of the genes were involved in metabolism, the immune response and protein synthesis. The genes also made the flies more resistant to oxidative stress. The flies were then exposed to high temperatures where it was found that the E(z) mutants had higher heat resistance than the normal flies. Interestingly, the E(z) mutants were also shown to be more fertile.

The scientists next aim to try and extend the flies’ lifespans further by exposing them to different conditions. Due to the similarities in the genetic profiles of humans and fruit flies, understanding how these genes promote longer lifespans in fruit flies could possibly be applied to humans.