Gene Editing Has Been Used Successfully on Reptiles-Albino Lizards

Gene Editing Has Been Used Successfully on Reptiles-Albino Lizards 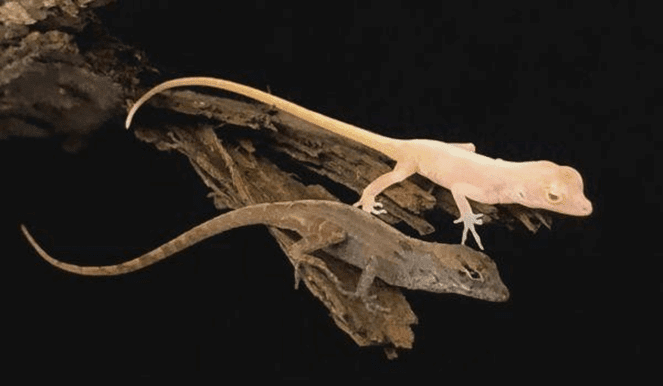 Although birds, mammals and fish have been successfully edited with CRISPR, reptiles have proved more challenging targets for the CRISPR/Cas-9 system due to the differences in their reproductive physiology.

The brown anole lizard, Anolis sagrei, was used for the experiments because of its small size and the high frequency with which females lay eggs. The CRISPR target was the gene for the tyrosinase enzyme, which controls the lizard’s colour. The CRISPR system was injected into the females’ unfertilised eggs and they were then allowed to mate naturally with unmodified males.The gene editing was shown to be successful when the brown coloured females gave birth to albino offspring, as the deactivated tyrosinase enzyme prevented production of skin pigment.

Gene editing in lizards could provide insights into human health, by providing a biological model for human eye diseases that cannot be studied in mice. The tyrosinase enzyme controls eye development in both humans and anole lizards but is absent in the eyes of mice. The technology could also help control the spread of invasive species. Previous successful techniques with other species rely on releasing genetically modified males into the wild that breed with females to produce infertile offspring.