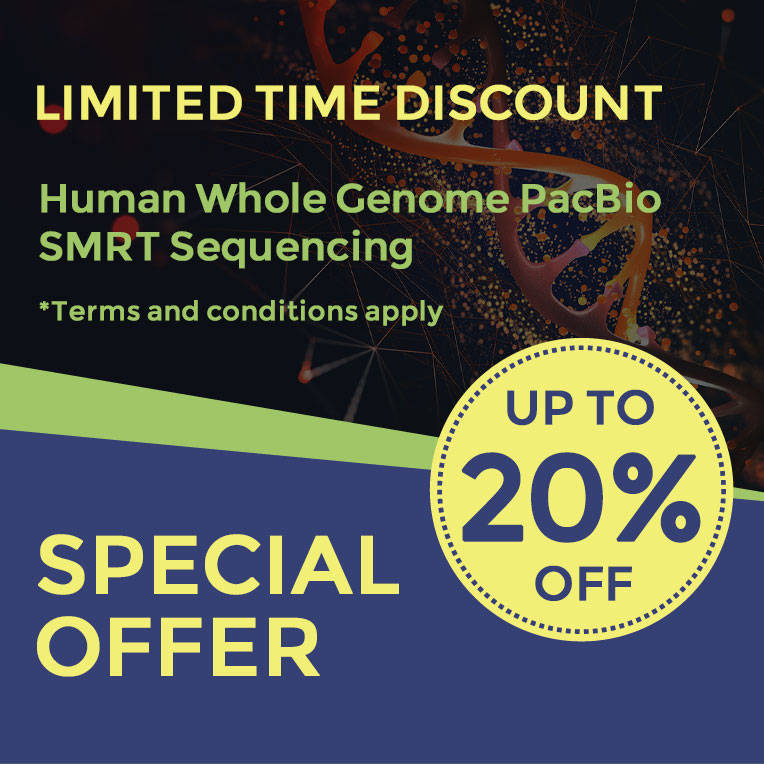 SVs represent genomic rearrangements (typically defined as longer than 50 bp), and SVs may play important roles in human disease, evolution and genetic diversity. Many inherited diseases and cancers have been associated with a large number of SVs in recent years. There has been tremendous progress in the detection of single nucleotide variants (SNVs) in the past quarter-century, but intermediate-sized (50 bp to 50 kb) structural variants (SV) remain a challenge with short-read DNA sequencing. The longest read length of the PacBio SMRT sequences is 40~70 K, which can easily cover high repetition and high heterozygosity areas, providing the possibility for SVs detection.

A haplotype (haploid genotype) is a group of alleles in an organism that is inherited together from a single parent. The correct genotyping of haplotype gene is important; for example, the outcome of unrelated donor marrow transplantation is influenced by donor-recipient matching for HLA. PacBio long reads can span multiple single nucleotides and structural variants, which directly phases the variants into haplotypes.

DNA methylation is a process by which methyl groups are added to the DNA molecule. It is essential for normal development and is associated with a number of key processes including genomic imprinting, X-chromosome inactivation, repression of transposable elements, aging and carcinogenesis. There are many ways to detect DNA methylation, including whole genome bisulfite sequencing (WGBS), methylated DNA Immunoprecipitation Sequencing (MeDIP) and so on. But these methods are difficult to operate experimentally.

While PacBio platform can describe the direct detection of DNA methylation, without bisulfite conversion according to the difference in the fluorescence pulse signal interval. In addition, the long reads sequencing allows for more thorough regional CpG methylation assessment and increases the capacity for studying the relationship between phased single nucleotide variants and allele-specific CpG methylation.

1. What is the depth of human whole-genome resequencing?

2. What methods can be used to validate the results?