A New Gene Editing Tool That Can Reverse Harmful Mutations

A New Gene Editing Tool That Can Reverse Harmful Mutations 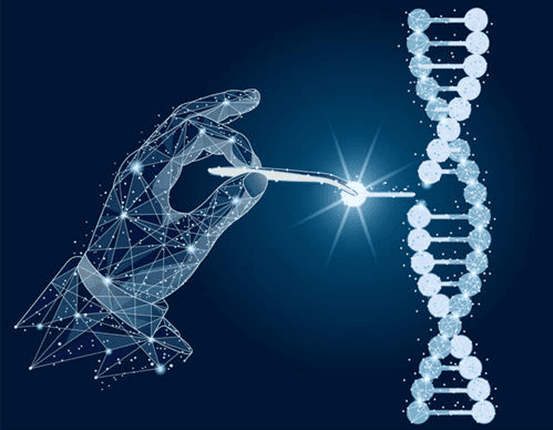 Currently the CRISPR Cas-9 system is the most widely used gene editing technique. It works by making double stranded DNA breaks, which can result in multiple insertions and deletions taking place; both near the cut site and at other DNA sequences which resemble the targeted gene. It is possible that these 'off target mutations', as they are known, could cause detrimental gene edits that lead to cancer or other diseases.

The low efficacy of CRISPR has also been demonstrated in both human and animal studies, as when the system is targeted to multiple cells only a low proportion usually display the desired gene edit. The Prime editing technique has therefore been developed to overcome many of the shortcomings of CRISPR.

The Prime editor works by directly converting one DNA letter into another, without cutting the double helix. Rather the scissor analogy often used to describe CRISPR, Prime works more like a word processor. The editor complex contains a guide pegRNA that both encodes the targeted gene and the desired edit, a catalytically impaired Cas-9 enzyme to make the cut at the target and the enzyme reverse transcriptase that copies the new gene edit into the DNA.

There are over 75,000 mutations that can cause disease in people, and the researchers estimate that Prime editing can fix 89% of them. The instances in which Prime editing would be ineffective is when either a whole gene is missing, or multiple faulty mutations contribute to a disease. The researchers attempted to use Prime to reverse the genetic errors that cause two common genetic diseases in cells grown in the laboratory：

The most common form of Sickle cells disease is caused by a mutation in a letter A to a letter T at a specific point in the genome. Prime was able to search through the 3 billion bases in the genome to find the one specific T and covert it back into an A.

Tay-Sachs disease is cause by an insertion of an extra 4 letters in the genetic code. Once again, Prime was able to remove the excess bases to restore the cell’s function.

Although Prime clearly has amazing potential, researchers and scientists have cautioned that it is still a long way from being implemented into the clinic. The challenge now is to refine the technology so that it can make highly specific gene edits with high efficacy. Safety investigations must also be undertaken to assess the risk of any detrimental effects.