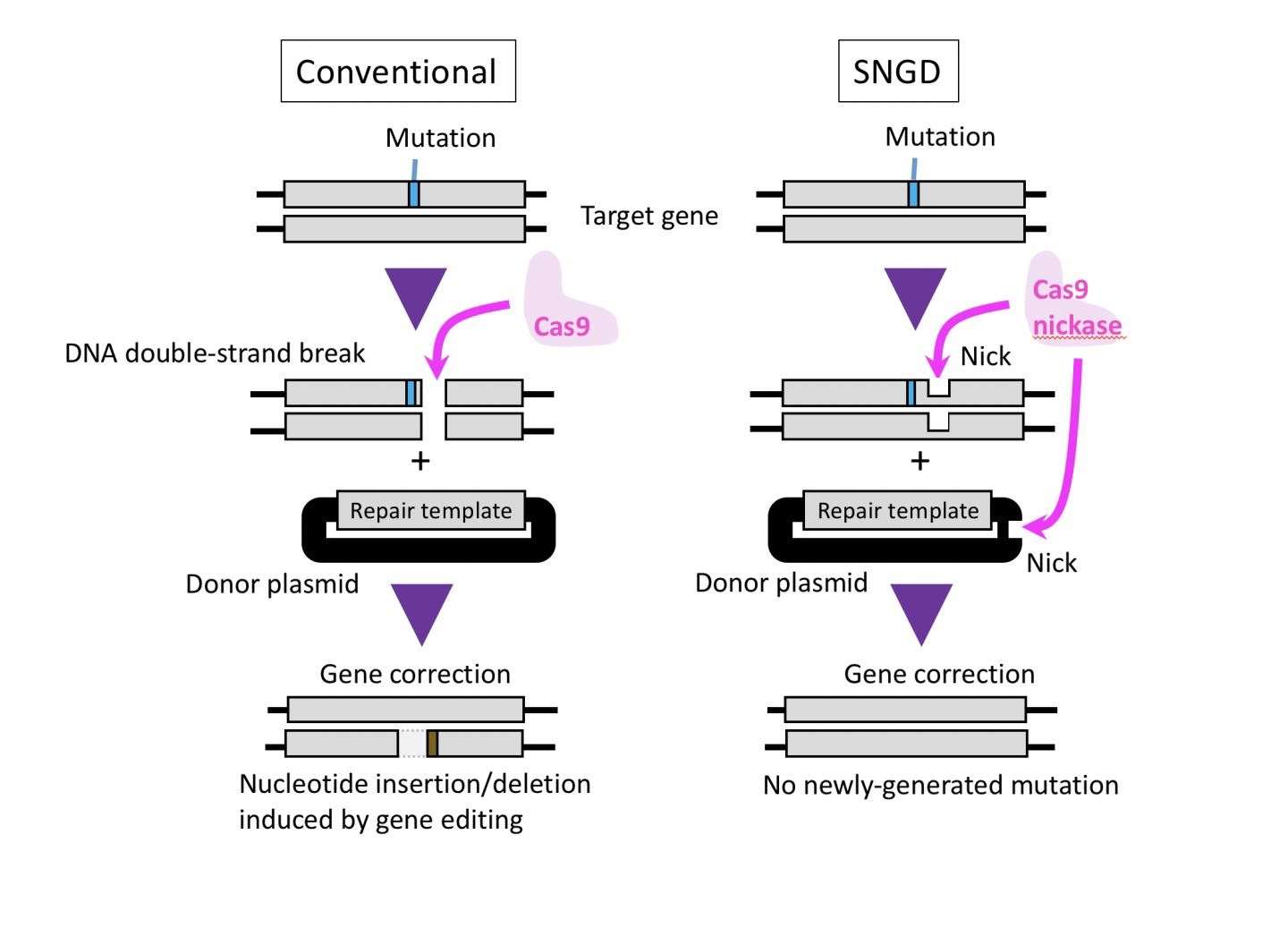 Gene therapy is an emerging strategy to treat diseases caused by genetic abnormalities. One form of gene therapy involves the direct repair of a defective gene, using genome-editing technology such as CRISPR-Cas9. Despite its therapeutic potential, genome editing can also introduce unwanted and potentially harmful genetic errors that limit its clinical feasibility. In a study published in Genome Research, researchers from Osaka University, report the use of a modified version of CRISPR-Cas9 that can edit genes with substantially fewer errors.

CRISPR-Cas9 works through the combined action of the Cas9 protein, which cuts DNA, and a short guiding RNA (sgRNA), which tells Cas9 where to make the cut. Together, these two molecules allow virtually any gene in the genome to be targeted for editing. The greater challenge, though, is finding a way to make specific changes to a gene once it has been targeted.

The researchers instead used a modified Cas9 that only ‘nicks’ DNA in one strand, rather than cutting both strands. They discovered that when they nick both the target gene and donor DNA, they can essentially commandeer precise repair to make exact changes to the target gene.

The researchers found that the nicking technique, which they term Single Nicking in the target Gene and Donor (SNGD), greatly suppresses the rate of unintended genetic mutation compared with the conventional method. In one experiment, the standard technique made potentially-harmful errors over 90% of the time, while SNGD did so less than 5% of the time. Importantly, this precision did not impair the overall performance of the approach, which was able to efficiently achieve the desired genetic edits.