CRISPR/Cas9 technology is one of the most popular methods used for genome editing by introducing both Cas9 endonuclease and a guide RNA into the cells of interest. The guide RNA is designed to direct the Cas9 endonuclease to a particular site in the genome where it produces a double-strand break (DSB). There are generally two ways to repair the double-stranded break: non-homologous end-joining (NHEJ) or homologous directed repair (HDR). NHEJ is the main form of repair in mammalian cells. As it is error-prone, repair via the NHEJ pathway allows for insertion, deletion, loss-of-function mutations which probably result in frameshifts and affect protein expression. In addition to knockout mutations, a template DNA can be introduced to direct HDR and create mutations in the gene-of-interest. HDR faithfully copies the template sequence to the cut target site. 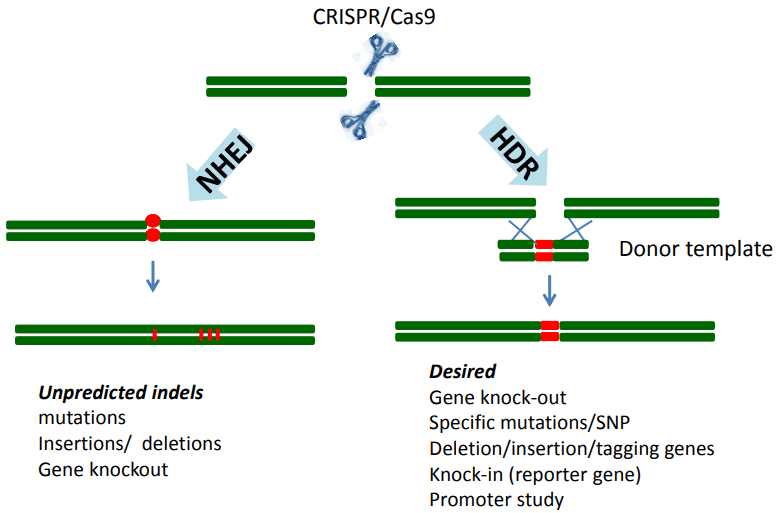 Figure 1. Genome editing by CRISPR/Cas9 technology is achieved via repair.

Although the CRISPR system is efficient for genome editing. However, some cells in a population will not be edited, some will have one allele edited, and some will have both alleles edited. It is important to validate genome edits after CRISPR/Cas9 experiments. Next generation sequencing (NGS), as a powerful and high-throughput approach, can be utilized for screening of CRISPR-induced mutations. NGS can simultaneously look at off-target changes in a large number of samples. When using this method, it is necessary to keep a set of control cells. Software such as CRISPResso can be used for data analysis. NGS is also suited for assessing genome edits created by ZFN (Zinc-finger nuclease) or TALEN (Transcription activator-like effector nuclease).

Sentmanat et al. (2018) described the NGS approach for genome edits validation in his published work. Briefly, CRISPR sequencing involves a two-step PCR protocol and deep sequencing. First, the target genomic site of interest is amplified with a primer that contains partial Illumina sequencing adaptors. Next, a second PCR with primers containing indices and necessary Illumina sequencing adaptors. As a result, the target regions will be amplified. The qualified PCR products are then subjected to deep sequencing with the Illumina MiSeq platform.

Another limitation of CRISPR technology is the occurrence of Off-target cuts. The CRISPR system cuts not just at its target place, but also at unintended sites with similar sequences. These off-target cuts may produce undesirable and even harmful mutations. Over the past few years, scientists have established several NGS-based approaches to detect off-target mutations.