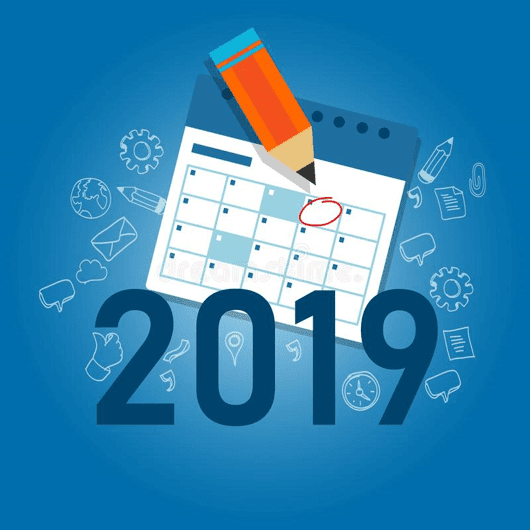 2019 was an exciting time for research developments in the genomics field. Here, we revisit the top 10 most-read news stories published on Front Line Genomics.

Our most popular news story – the new blood test that can detect multiple cancer types with a high degree of accuracy. The test focused on analysing epigenetic markers in cancer DNA present in the blood, with trials showing a 99.4% specificity when using the test. It can also detect the organ of origin of the cancer with a success rate of 89%. Blood tests are a cheap and non-invasive diagnosis method, which could enable much earlier detection of a range of cancers if implemented into healthcare systems.

An existing drug used to improve insulin delivery could also be used to treat an aggressive and deadly brain tumour, known as glioblastoma. Scientists suspected that Surfen, a positively charged molecule used to optimise the delivery of insulin, could bind effectively with the negatively charged sugars that the brain relies on for energy. The study showed that Surfen resulted in smaller and more contained tumours, lacking the web-like filaments that enabled glioblastomas to spread throughout the brain.

For the first time, CRISPR-Cas9 was combined with electronic graphene transistors to create a new handheld device which can detect specific mutations in the genome within minutes. The new device uses nano-electronics to find the mutations in DNA without needing to "amplify" or replicate the segment of interest with polymerase chain reaction (PCR), making it suitable for genetic testing in a doctor's office or field work without having to send samples off.

CRISPR Twins' Lives Could Be Shortened by Two Years

He Jiankui, the Chinese scientist who created the first gene-edited twin children last year could have unknowingly shortened their lives by more than 1.9 years. A study found a link between genetic mutations in the CCR5 gene and lifespan, finding that they were of quite strong effect. These genes could have been altered during He Jiankui's experiment, and the study found that with two non-working CCR5 genes, lifespan could be reduced by 20%.

Left or Right? Look to Your Genes

The largest genome wide associate study (GWAS) to date on handedness identified nearly 50 new variants and provided interesting insights into disease predispositions including bipolar and schizophrenia. Around 10% of the population is left-handed and understanding exactly what causes this divide in the population has always been searched for. The study identified 41 loci, which were identified to be close to microtubule-associated genes and other complex traits such as schizophrenia.

A recent story that became very popular. Harvard Geneticist George Church came under heavy scrutiny after news broke of a new "DNA Dating App" he has been involved in developing. After an interview on 60 minutes where he mentioned the app, he took to the internet to write a FAQ after backlash from some media and individuals who compared the app to eugenics. His idea is that the dating app would prevent people matching with others who they are "genetically incompatible" with, to reduce the likelihood (or eliminate the possibility) down the line of them having offspring with serious genetic diseases.

Mirror Mirror Universe: An Explanation for Dark Matter and Anti-Matter?

A story that is not related to our usual field, but just too interesting to ignore. There could be another universe right next to our own: a mirror universe that goes a long way to explaining why many of the inconsistencies and questions we've found in our own. It could also explain dark matter, which is believed to account for more than 95% of the universe.

Effects of Poverty Make Their Mark on 1,500 Genes in the Body

A study found that long-term poverty can be "embedded" across the genome. Lower socioeconomic status was found to be associated with levels of DNA methylation, an epigenetic mark that can influence across more than 1,500 genes in the human body. It is well known that socioeconomic status is a powerful determinant of health, but the mechanisms in which our bodies can "remember" the experiences of poverty are unknown.

Has a DNA Study Solved the Mystery of the Loch Ness Monster?

For years, mysterious sightings of a giant creature in the lake has fascinated Loch Ness visitors. A new DNA study could shed some light on one of Scotland's longest running legends. Researchers extracted DNA from water samples in the lake and found that European eel DNA was identified in significant proportions. No sturgeon, catfish, plesiosaurus or shark DNA was found – discounting many popular theories.