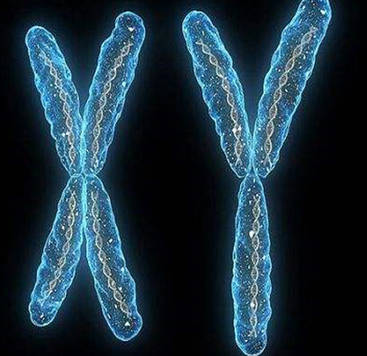 Achromatopsia is a congenital disease described as a partial or total absence of color vision. It affects about 1 in 30,000 patients all over the world. As a consequence, achromatopsia is associated with strongly impaired daylight vision, photophobia, nystagmus and a lack of color discrimination. Subjects present nystagmus, reduced visual acuity, photoaversion and reduced or absent color vision at birth or early infancy. Any remaining molecularly unconfirmed cases of ACHM may actually be misdiagnosed cases of atypical cone-rod dystrophy.

Currently, six genes have been linked to achromatopsia. The pathogenic gene mutants in ATF6, CNGA3, CNGB3, GNAT2, PDE6C or PDE6H have been identified. CNGA3, located on chr2q11.2, encodes a member of the cyclic nucleotide-gated cation channel protein family which is required for normal vision and olfactory signal transduction. Mutations in this gene are associated with achromatopsia and color blindness. CNGB3 is located on chr 8q21.3. CNGB3 encodes the beta subunit of a cyclic nucleotide-gated ion channel. The encoded beta subunit appears to play a role in modulation of channel function in cone photoreceptors. Mutations in the CNGB3 gene underlie approximately 50% of achromatopsia cases. Most of the CNGB3 mutations are frame-shift deletions, insertions, nonsense or splice-site mutations. Up to 80% of mutations in CNGA3 and CNGB3 may affect the conserved cyclic nucleotide-monophosphate (cNMP) domain which is involved in the cyclic nucleotide mediated activation of the protein. Sequence variants of CNGA3 and CNGB3 gene encoding the alpha and beta subunits of the cone-specific cyclic nucleotide-gated ion channel affect the phototransduction pathway that is associated with achromatopsia. ATF6 gene is located on 1q23.3. Mutations in ATF6 are recently identified in some subjects with achromatopsia who are negative for mutations in the aforementioned phototransduction genes. The ATF6 protein encodes an endoplasmic reticulum (ER) localized transcription factor that helps maintain ER homeostasis, as a part of the unfolded protein response (UPR). ATF6 is activated upon ER stress to transcriptionally upregulate ER chaperones and ER protein folding enzymes that help alleviate ER stress and restore cellular homeostasis. Disease-causing sequence variants in ATF6 result in dysfunction of this critical signaling pathway. This seems especially detrimental to photoreceptor cells which are among the most metabolically active cells in the human body.

To support clinical researches on ATF6 and other achromatopsia pathogenic genes, our custom achromatopsia panel platform offers an all-sided achromatopsia panel library that can meet the individual requirements for you. We provide an amplicon-based enrichment method for targeted next-generation sequencing (NGS), which can build a fast workflow and customize the gene panel you are interested in.

Custom achromatopsia panel offers but are not limited to:

Choose the genes that suit you from the achromatopsia gene list

For more information about the Custom Achromatopsia Panel or need other amplification requirements, please contact us.