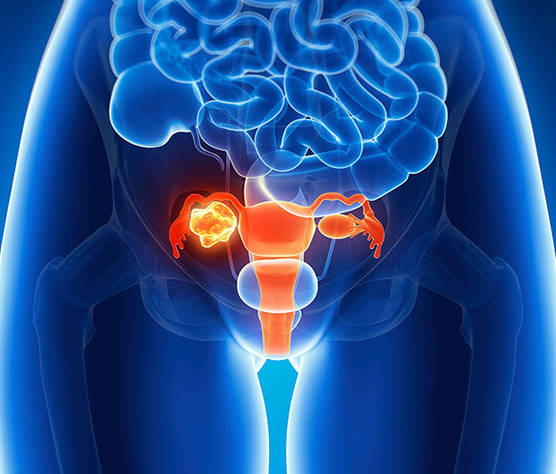 with relatively clear precursor lesions. Among them, ovarian epithelial inclusions (OEI) may be a potential precancerous lesion, which may be mainly from the oviductal mucosa epithelium. Most high-grade ovarian cancers are likely to originate from the serous tubal intraepithelial carcinoma (STIC) at the umbrella end of the fallopian tube, which in turn spreads to the ovaries, or the normal fallopian tube mucosa is directly implanted on the surface of the ovary to form OEI, which in turn undergoes malignant transformation. There are also some high-grade ovarian serous carcinomas that may be derived from pelvic dissemination of endometrial EIC or invasive serous carcinoma. A considerable portion of endometrioid and clear cell carcinoma may be secondary to endometriotic tissue. The occurrence of mucinous and Brenner tumors is unclear, and the transitional epithelial nest adjacent to the ovary is a possible source.

A number of genes are known to be involved in inherited susceptibility of ovarian cancer. The BRCA1 gene produces a tumor-suppressor protein and helps repair damaged DNA. The TP53 gene plays an important role in regulating cell cycle, DNA repair and apoptosis. These two genes are the most common mutations in ovarian cancer. The genetics of lower grade ovarian cancers are relatively stable, with relatively specific genetic mutations (including K-ras, BRAF, ERBB2, CTNNB1, PTEN and PIK3CA), but rarely involving the TP53 gene. High-grade ovarian cancer develops rapidly, often involving the ovary, mostly developed by STIC, with a high frequency of TP53 mutations. What's more, the PTEN gene, mapping on chromosome 10q23.3, often has the mutations and a loss of heterozygosity, which is usually detected in endometrioid-type ovarian tumors. In addition, other mutations in STK11 and CDH1 genes are thought to confer high risk of ovarian cancer. What's more, pathogenic variants in BARD1, CHEK2, PALB2, ATM, BRIP1, RAD51C, RAD51D and NBN also moderately increase ovarian cancer risk.

For more information about the ovarian cancer panel or need other amplification requirements, please contact us.