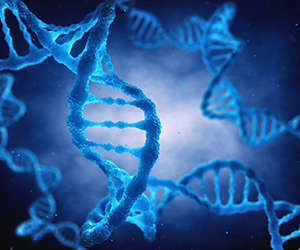 CD Genomics is one of the professional sequencing companies with extensive experience in detecting gene mutations. We can provide high-quality Multiplex Ligation-Dependent Probe Amplification (MLPA) services for detecting copy number changes and methylation quantification of genomic DNA, or for mRNA analysis.

MLPA is a simple, easy-to-execute, high-throughput technology that can detect DNA mutations of up to 40 sequences in a single reaction. The technology can detect mental retardation and congenital disorders such as microdeletion syndrome and down syndrome; neuromuscular diseases, such as CMT; diseases of secretion and metabolism, such as congenital adrenal cortical hyperplasia; blood diseases, such as hemophilia; tumor characterization, such as leukemia, breast cancer, colon cancer, stomach cancer, etc.

The principle and process of MLPA

The MLPA technology designs corresponding oligonucleotide hybridization probe pairs according to the sequence of the target gene, and hybridizes to adjacent positions on the DNA, respectively. After the hybridization probe and genomic DNA are fully hybridized, they are ligated under the action of ligase to form a complete hybridization probe for amplification. In this way, the copy number of the target gene is converted into an equal number of hybridization probes for amplification. PCR products with different lengths after amplification by universal primers can be analyzed by capillary electrophoresis. Resulting chromatograms show size-separated fragments ranging from 130 to 490 bp. The target gene copy number can be judged by the relative area ratio of different product peaks on the map. Comparing the electrophoresis pattern of the test sample with the electrophoresis pattern of the control sample, the deletion or duplication of the genomic region of interest can be detected. 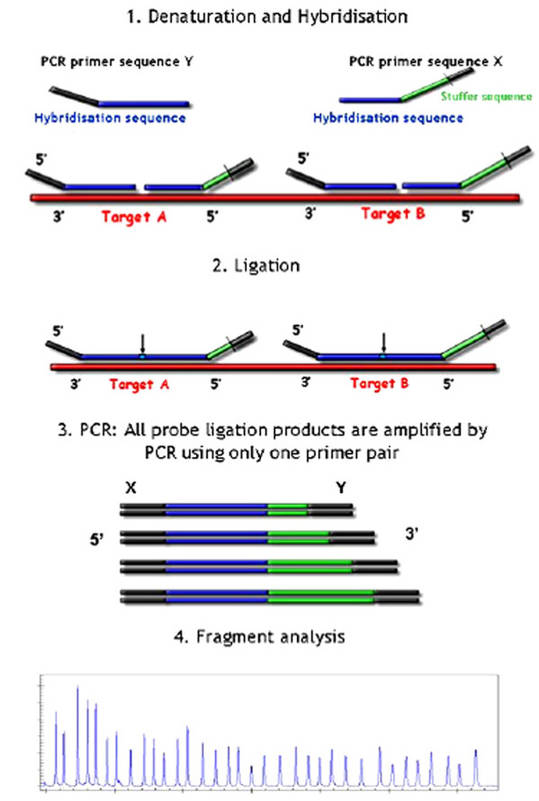 Want to know about other Non-NGS gene mutation detection methods?