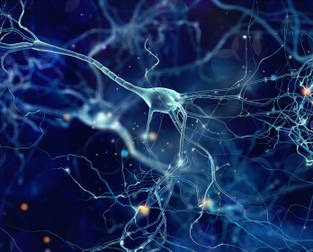 What is Alzheimer's disease?

Alzheimer's disease (AD), also known as primary dementia, is a degenerative disease of the central nervous system, mainly manifested as progressive memory disorder, cognitive dysfunction, personality change and language disorders and other neuropsychiatric symptoms. There are many factors in daily life that can cause Alzheimer's disease. Among them, age is the most important factor, and the prevalence of this disease increases with age. Followed by genetic factors. Genetic studies have found that there are three main causative genes: amyloid precursor protein gene (APP), presenilin-1 gene (PSEN1) and presenilin-2 gene (PSEN2). In addition, trace elements, vitamin deficiency, cerebral ischemia and hypoxia, brain injury, poisoning, metabolism and endocrine disorders and other reasons may cause this disease.

There are three main causative genes associated with Alzheimer's disease: APP, PSEN1 and PSEN2. Amyloid-β peptide (Aβ) is formed by sequential cleavage of APP protein by β-secretase and γ-secretase. The main components of Aβ include Aβ40 and Aβ42, of which Aβ42 is more likely to aggregate and is cytotoxic. Aβ protein can induce oxidative stress in a variety of ways to cause free radical damage and metabolic disorders, resulting in the formation of more free radicals. Aβ protein can also induce inflammatory reaction, activate protein kinase and increase Tau protein abnormal phosphorylation, resulting in neurofibrillary tangle (NTF). These conditions, in turn, further lead to the formation and deposition of a large amount of Aβ protein, which leads to damage to synaptic function and irreversible damage to brain tissue. The PSEN1 and PSEN2 genes encode presenilins, which are considered to be the catalytic subunit of the γ-secretase complex. Both of these proteins have a key role in processing APP to release Aβ fragments. The PSEN1 mutation is the most common form of hereditary AD. In addition, many new genes have been shown to be associated with the disease, such as TREM2 and CD33. More genes related to AD can be found in the gene list.

CD-Genomic offers a custom Alzheimer's disease panel to help you analyze the SNP, CNV and InDels of genes associated with Alzheimer's disease. You can choose the genes of interest to detect. Amplicon sequencing technology based on NGS is used to detect genetic variation efficiently, quickly, and accurately.

Custom Alzheimer's disease panel offers but are not limited to:

For more information about the Custom Alzheimer's Disease Panel or need other amplification requirements, please contact us.