Multiplex Ligation-dependent Probe Amplification assay is one of the recently developed approaches used for the detection of gene deletions or duplications, as well as for validation of array comparative genomic hybridization (CGH). This technique can analyze up to 50 DNA sequences and detect copy number variation of specific genes, including small intragenic rearrangements, in a single reaction. MLPA can be applied in the molecular diagnosis of several genetic diseases, especially whose pathogenesis is associated with the presence of deletions or duplications of specific genes because of the mentioned ability. This can also be used in the molecular diagnosis of genetic disorders caused by the presence of abnormal DNA methylation. Now, more than 300 probe sets for this assay are commercially available which are specific for a wide range of both common and rare genetic disorders. For this reason, MLPA has become one of the widely used techniques for the molecular diagnosis of several genetic disorders. 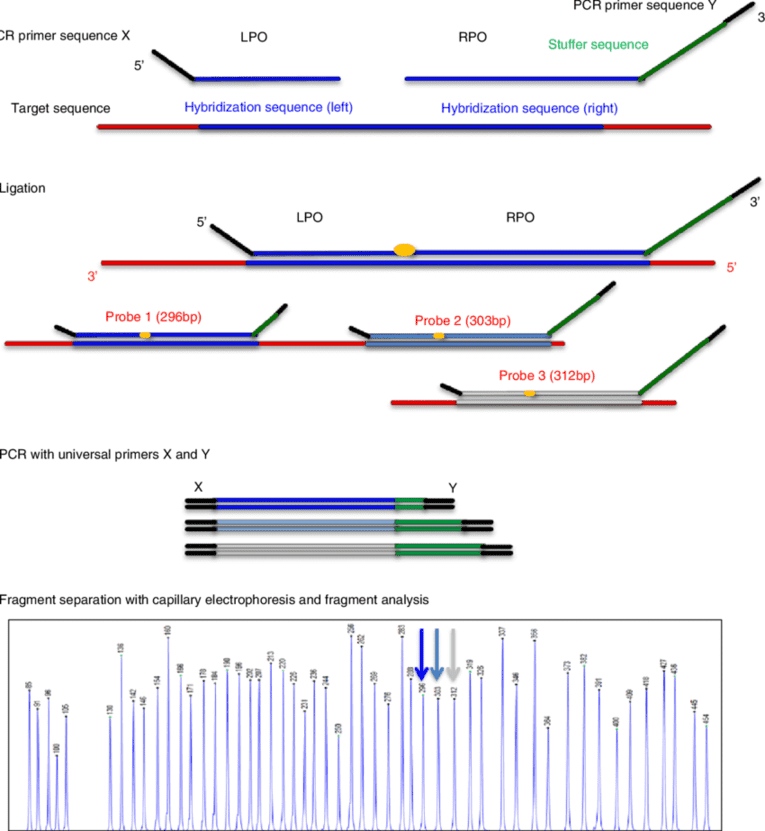 Some of the advantages of MLPA include the detection of small rearrangements, as well as the amplification of up to 40 target-specific sequences. Aside from that, this technique can generate high throughput at a low cost. Although, MLPA has disadvantages due to its limitations. First, it cannot detect copy neutral loss of heterozygosity. Second, it has limitations on mosaicism and tumor heterogenicity. Lastly, its results can be affected by contamination with normal cells.

MLPA has been widely used for the molecular diagnosis of several genetic disorders. In a study conducted in 2012, MLPA was used to identify the deletions and duplications, as well as in evaluating a total of 79 exons in the dystrophin gene of patients with Duchenne muscular dystrophy which one of the most common genetic muscular dystrophies and the most severe of dystrophinopathies. In the same study, MPLA was also found out to be effective in detecting duplications and carrier testing for females.