16S rRNA, One of the Most Important rRNAs

What is the 16S rRNA

16S rRNA (16S ribosomal RNA), is a component of the prokaryotic ribosome 30S subunit. The “S” in 16S is a sedimentation coefficient, that is, an index reflecting the downward velocity of the macromolecule in the centrifugal field. The higher the value, the greater the molecule. The 16S rRNA gene is the DNA sequence corresponding to rRNA encoding bacteria, which exists in the genome of all bacteria. 16S rRNA is highly conserved and specific, and the gene sequence is long enough. 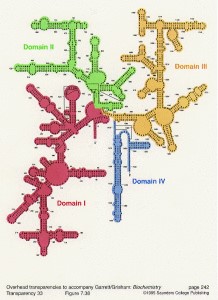 The characters of 16S rRNA

The 16S rRNA is a ribosomal RNA necessary for the synthesis of all prokaryotic proteins and has the following characteristics:

Each bacterium contains 5~10 copies of 16S rRNA, which makes the detection sensitivity highly.

The length is moderate

The length of 16S rRNA coding gene is about 1500bp, which contains about 50 functional domains.

The functions of 16S rRNA

16S rRNA has a number of functions:

②3’end contains a reverse SD sequence that is used to bind to the AUG initiation codon of mRNA. The combination of 16S rRNA’s 3’end with S1 and S21 was found to be related to the initiation of protein synthesis.

The basic principle of the 16S rRNA sequence analysis technique is to obtain the 16S rRNA sequence information from the 16S? RRNA gene fragment in the microorganism sample by cloning, sequencing or enzyme cutting and probe hybridization, and then comparing with the sequence data or other data in the 16S rRNA database to determine its position in the evolutionary tree, thus identifying the possible samples. The species of microbes that exist. 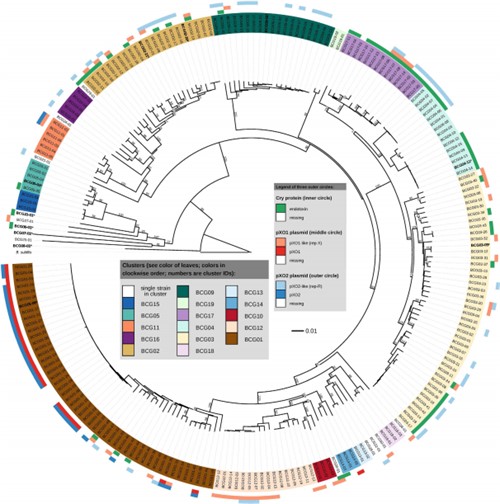 (1) Sequencing the PCR products on the plasmid vector and comparing with the sequence in the 16S rRNA database to determine its position in the evolutionary tree and identify the possible species of microorganism in the sample. The information obtained by this method is the most comprehensive, but in the sample Complex sequencing requires extensive sequencing.

(2) Hybridize the PCR products with 16S rRNA specific probes to obtain microbial composition information. In addition, the probe can be directly detected by in situ hybridization with the sample. In situ hybridization can not only determine the morphological characteristics and abundance of microbes, but also analyze their spatial distribution.

(3) The restriction fragment length polymorphism analysis of PCR products was carried out. The ribose type of microorganism gene was determined by observing the enzyme cut electrophoresis atlas and numerical analysis, and then compared with the data in the ribosome library, and the relationship between the microbial composition of the samples and the species of different microorganisms was analyzed.

16S rRNA is the most conservative gene for all bacteria, and some of the most conservative genes in the evolutionary process. Some of the gene sequences remain stable in the long course of evolution. In addition, based on the multiple copies of the bacterial chromosomes, based on the 16S rRNA gene, the PCR, nested PCR, multiple semi nested PCR, RT-PCR, and oligosaccharides are established. Nucleotide probes have been applied to the identification of clinical bacteria, sequence analysis, molecular classification of bacteria, and phylogenetic analysis.

The future of 16S rRNA

Ribosomal rRNA is essential for the survival of all living things. 16 S rRNA is highly conserved in the evolutionary process of bacteria and other microorganisms. It is called “the molecular fossil” of bacteria. At the same time, its conservatism is relative. There are 9 to 10 variation regions (V1 ~ V10) between the conservative areas. There are different degrees of difference in the families, genera and species of different bacteria, so 16S rRNA can be used as both It is a marker for bacterial classification and can be used as a target molecule for detection and identification of clinical pathogens. The PCR of the bacterial ribosome 16S rRNA gene as the target molecule can judge the existence of bacterial infection early and identify the species of the pathogen by further analysis of the amplified products and make up for the above deficiencies. It is an important breach in the diagnosis of infectious diseases and has become the principal of bacteriologists at home and abroad. One of the directions is to be studied.