Microbial ecology is the study of the relationships of microorganisms with one another and with their environment. Microbial diversity, distribution, abundance, specific interactions, and their impact on ecosystems are explored.

Elected by the scientific journal Nature as one of the technologies to watch for in 2020, single-cell sequencing is a rising technology in single-cell ecology. It refers to the technology of high-throughput sequencing of nucleic acid molecules through whole-genome or transcriptomic amplification at the single-cell level. This technique can reveal the gene structure and gene expression level of a single cell, reflect the heterogeneity between cells and analyze the contribution of a single cell to the ecosystem or organism. 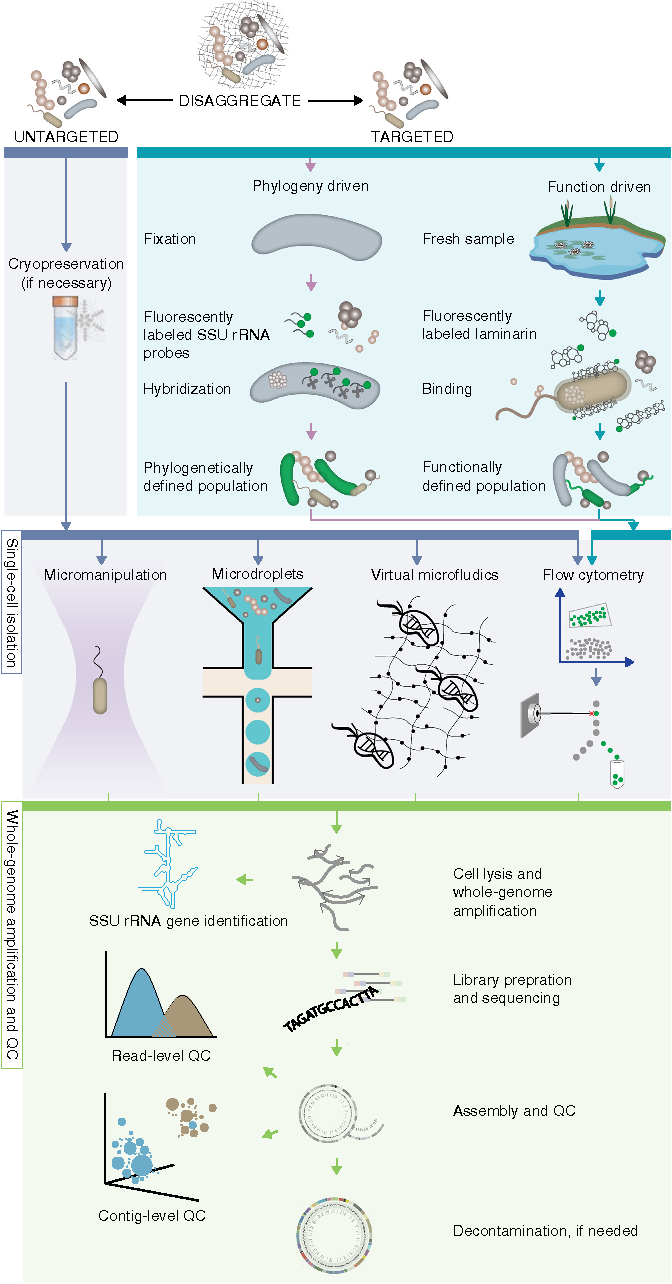 Figure 1. The workflow of single-cell sequencing in microbial ecology. (Woyke 2017)

Single-Cell Genome: Deferred from the assembly strategy of metagenomics, single-cell genomics can obtain more accurate genetic information such as single-cell plasmid and virus, facilitating further exploration of the functions of unknown microorganisms, especially those cannot be cultured. This will promote microbial function prediction and phylogenetic identification of microorganisms, which greatly enriches the microbial diversity.

Study on Pathogenic Microorganism: Single-cell sequencing is also of great value in the study of virus diversity and cell response to virus infection. At present, single-cell sequencing technology has been used to study many viruses, including HIV, dengue virus, HPV, HBV, HCV, influenza A virus, and herpes zoster stomatitis virus, and provide references for the study of viruses.

Population Heterogeneity: Population heterogeneity of microorganisms is an adaptive characteristic, which can improve the adaptability of microorganisms to changeable or heterogeneous environmental conditions. The phylogenetic genes commonly used in species identification are highly conserved and can only identify microorganisms at the genera level, let alone studying the genome diversity of single cells in ecosystems. Single-cell sequencing is used to analyze population heterogeneity in the natural environment by capturing genomic variations among cells. Therefore, it can elucidate microbial niche division and diversity, as well as study horizontal gene transfer.

Joint Study of Phylogenetic and Functional Structures: Single-cell sequencing can be applied in the joint studies of phylogenetic and functional structures. In 2016, researchers first proposed epicPCR technology and applied it to the study of sulfate-reducing bacteria (SRB), expanding the knowledge of phylogenetic diversity of SRB. This technology can also be used to study resistance genes and their hosts, which can greatly improve the accuracy of risk assessment of resistant genes. In 2017, coupled with microfluidic droplet barcoding technology, scientists analyzed the distribution of drug-resistant genes, virulence factors, and phage sequences in environmental samples. Single-cell sequencing was reported to be used to identify metabolic responders at the species level without reference genomes, providing an approach to identify unculturable microorganisms with specific functions in the microbial community.