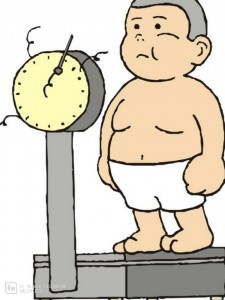 Yesterday one of my friends complained again that she had gain ten pounds last month. She said she was 167 pounds now and sometimes she even feels hard to walk. Obesity is a global problem. Many people is struggling to loose weight but still can not find an effective way. They keep diet, exercise, and take medicines. This is a problem not only concerned by public but also by researchers. Recently, an article named 14-3-3ζ coordinates adipogenesis of visceral fat was published on Nature Communications said researchers had found the key genes related to obesity. By analyzing the Transcriptomic data, they found that 14-3-3ζ-knockout mice lean from birth with specific reductions in visceral fat depots. And those over expression mice will increase obesity. This article opened another gate for treatment of obesity. 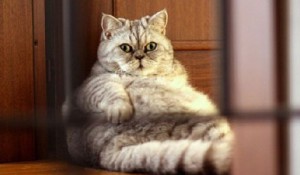 Fto gene
Certainly, those researchers are not the first to find the connection between obesity and gene expressions. In 2007, Scientists from England found Fto which related to obesity. People with more FTO gene face with greater risk of obesity, for Fto gene can inhibit metabolism and reduce the ability of energy expenditure. And Fto plays an important role in diet. For people who can not stop their desire for food, they may carry more Fto genes! After that, researcher try to find a method for inhabiting the Fto Gene to find medical treatment for obesity. But this is still unknown for we don’t know what will bring to us if we change the Fto gene.

GPR120 gene
In 2012, an article published by scientist from Imperial College London, Kyoto University and The French national institute. They claimed that GRI120 plays a critical role in adipogenesis. They did an experiment on GRI120-deficient mice and found those mice gain weight more obviously than GRI120 well-function. Researchers also compared genes of obese to healthy people in Europe, which often take high-fat food. And they found the rate of obese people with GRI120-dysfunction is higher than normal people. This research is helpful to diagnostic of obesity because genetic predisposition.

ARIA gene
Are you still envious of people hard to gain weight for eating anything, while you just continually put on weight? In 2013, researchers from japan claimed that a gene named ARIA is related to obesity. This ARIA gene will block the burning of fat. The inhibition of its expression will make the experimental mice less fat. That is to say, if you carry more ARIA genes, you may easily gain weight than others.

Research on genes may provide help to obesity and related disease in the future.
But appropriate exercise and healthy diet habits is the best way to keep fit. For now, you want to loose weight? Stop fantasy and take some action. Don’t be lazy.
Reference：
http://www.nature.com/nature/journal/v483/n7389/full/nature10798.html
http://www.nature.com/ncomms/2015/150729/ncomms8671/full/ncomms8671.html