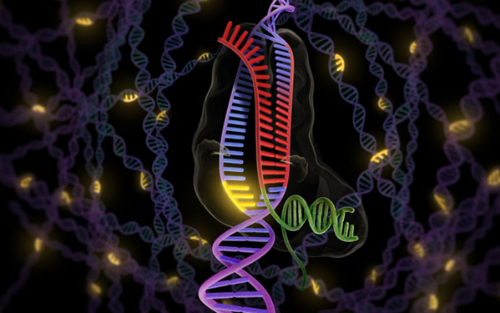 Recently, researchers form Dana-Farber found that a small change of DNA can avoid some genetic defects of SCD, this research was published on nature on September 16.

Sickle cell disease is a kind of genetic disease, which is caused by the mutation of hemoglobin. This disease is common in Africa, and also takes place in United States. People with sickle cell disease will be seen with chronic hemolytic anemia and ache, and they are easy to be infected.

To simulate and change the effect of the mutation, the researchers gradually delete DNA fragments along the enhancer in the human hematopoietic stem cell with a gene editing tools based on CRISPR Cas9 technology. Then they let the cells become mature erythrocyte. They surprisingly found that the amount of fetal hemoglobin is markedly increased. The similar experiments among animals revealed that only deletion of the enhancer in hemoglobin can affect the BCL11A. They also found that hemoglobin is the only one who will be affected.

The CRISPR Cas9 technology makes the accurate editing become possible. One of the researchers Bauer said that they had been looking for an effective way to finish the experiment like this. They try to destroy the enhancer without renovation of mutation, and only CRISPR-Cas9 can do it.

Compared to the side effects, the potential of CRISPR-Cas9 technology in medical research and the development of biotechnology is more attractive. The time of CRISPR Cas9 is coming. It is more similar with Industrial Revolution. The change takes place in all fields. If you ask for the effect of Industrial Revolution, you will not get a flawless evaluation. The same goes for CRISPR Cas9 technology. No one can stop it, it’s coming.